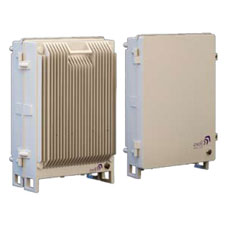 The majority of operators are still using DAS (Distributed Antenna Systems) in their mobile networks for coverage in large venues, and will continue to do so despite all the talk about using small cells to boost capacity, according to Stéphane Téral, principal analyst for mobile infrastructure and carrier economics at Infonetics Research.

Téral, who is publishing a report called Small Cell Coverage Strategies: Global Service Provider Survey, interviewed wireless, incumbent, and competitive operators around the world about their small cell buildout plans. His findings were that 80% of respondent operators currently use DAS in their cellular networks for coverage optimisation. However, 73% of the operators Infonetics interviewed have already deployed small cells, mainly in homes and enterprises.

"To the small cell vendors of the world, we know what you want to hear, but what you need to hear is that the small cell market simply isn't going to explode as many are predicting," Téral said.

"The reality is," Téral continued, "operators we interviewed believe DAS will remain a fundamental tool for malls, airports, stadiums and the like. Yes, small cells are poised to play a major role in 3G and 4G network expansion, but operators are going to pick the right tool for their needs, be it coverage, capacity or both; indoor, outdoor or both; and small cells aren't always the right solution. The bottom line is, small cells - I'm not talking about residential femtocells here - remain a tiny market compared to macrocells, and will take time to reach meaningful penetration."

Other findings from the Survey include: