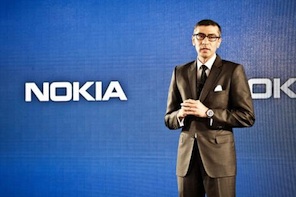 Nokia Networks has hailed the next step in a "speed revolution" after three Korean carriers became the first to launch LTE-Advanced on Category 6 smartphones, offering speeds of up to 225MBps, over a wide area.

The vendor said it had upgraded software on its Flexi Multiradio 10 base stations for SK Telecom, LG U+ and Korea Telecom to enable to next gen devices, such as Samsung's Galaxy S5 or LG's G3, to be used.

Tero Kola, Head of LTE Product Line Management at Nokia Networks, said: "The Korean LTE-A 225Mbps launches are unique in many ways: They use smartphones, they build on large-scale LTE-A networks, and these fastest of networks cover large parts of the country’s population.

"Having accelerated LTE data rates by a factor of three, we are looking forward to the next steps of this LTE-A speed revolution."

Earlier this year, Russian operator Megafon launched an LTE-A network, which offered speeds of up to 300MBps and was built by Huawei. However, at that time, no smartphones were available and it covered a much smaller area, the Garden Ring in Moscow.

According to figures from the Global mobile Suppliers Association, there are just seven Category 6 devices commercially available, compared to 373 Category 4 devices that support LTE-A and have downlink speeds of up to 150MBps.

Overall, there are 1,889 LTE-enabled devices, which have been built by 168 manufacturers. There are 835 LTE-ready smartphones and 175 tablets. The number of LTE-ready devices has almost doubled during the past year.

Intel seeks solace in Cat-6 to turn around chip business