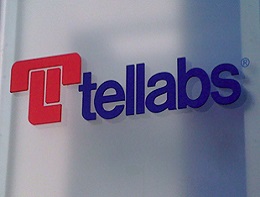 Marlin Equity Partners has announced that it is paying €645 million in cash for Tellabs, the struggling telecoms equipment maker.
Tellabs, which provides data and traffic management services for network operators, has posted a loss for eleven straight quarters as it struggles against competition from Huawei, Cisco and Alcatel-Lucent.

It also offers mobile backhaul solution that lets companies migrate to LTE and LTE-Advanced networks easily, while its optical networking technology lets carriers spread their networks to remote areas without losing bandwidth.
However, the company is facing a shrinking customer base due to network consolidation among its operator customers, such as Vodafone and Verizon Communications.
“Tellabs’ Board of Directors arrived at the decision to enter into a transaction with Marlin after a thorough review of Tellabs’ strategic alternatives and after more than 30 potential buyers, both strategic parties and financial sponsors, were contacted as part of a competitive bidding process,” said company chairman Vince Tobkin.
The move is another boost for Marlin’s networking aims; the company has said that it intends to consolidate the optical networking sector.
The global investment firm, which provides financial solutions and invests in businesses across multiple industries, acquired NSN’s optical networks business last December in a similar deal.
"We view Tellabs' business as an ideal opportunity to capitalize on the growth in the telecom network equipment sector," Nick Kaiser, co-founder of Los Angeles-based Marlin said in a statement.
Ovum’s Ron Kline, Principal Analyst, Network Infrastructure, beleives that the fall of Tellabs can be attributed to a number of factors. He said that the firm declined after its premier customers in North America, AT&T and Verizon, transitioned to alternative network platforms from Alcatel-Lucent and Fujitsu, respectively.
“It [Tellabs] struggled to get new products off the ground, failing in its attempt to enter the mobile packet core market through its acquisition of WiChorus and subsequent cancelation of its SmartCore 9100 LTE and next-gen router 9200 SmartRouter in 2012,” he explained.
LTE