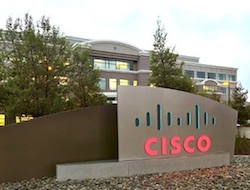 Networking leader Cisco has predicted a 13-fold increase in mobile Internet traffic over the next four years in its annual Visual Networking Index (VNI) global mobile data traffic forecast due to an increased number of mobile devices and wireless machine-to-machine (M2M) connections.

According to the report, by 2017, mobile Internet connections will exceed the world’s population (estimated to be 7.6 million by the United Nations), reaching the rate of 134 exabytes a year. This is equivalent to 134 times the total Internet traffic (both wired and mobile) in 2000, posing a serious data capacity challenge to mobile operators.

There will be 5.3 billion mobile users (up from 4.3 billion in 2012) and over 10 billion mobile Internet connections in 2017, while average global mobile network speeds will increase seven-fold, exceeding 3.9 megabits per second (Mbps).

The advent of 4G

Cisco’s research also shows that mobile operators are moving away from unlimited data plans to tiered plans. Tiered mobile data packages are on the rise, making up 55 percent of all data plans, from 5 percent in 2011.
From 2011 to 2012, average usage per device on a tiered plan grew by 117 percent from 425 MB per month to 922 MB per month, while usage per device of unlimited plans grew at a slower rate of 71 percent from a higher base of 738 MB per month to 1.3 GB per month.

While user applications are driving mobile data consumption, a key trend is that users are becoming more knowledgeable about their usage patters and are selecting Wi-Fi over mobile data for the majority of their daily data consumption, in order to stay within the limit of their data plans.
Cisco comments in the report: “For service providers, recognising that Wi-Fi off-load traffic will only continue to grow has strong implications for their future network planning.”
Internet of Things Wi-Fi