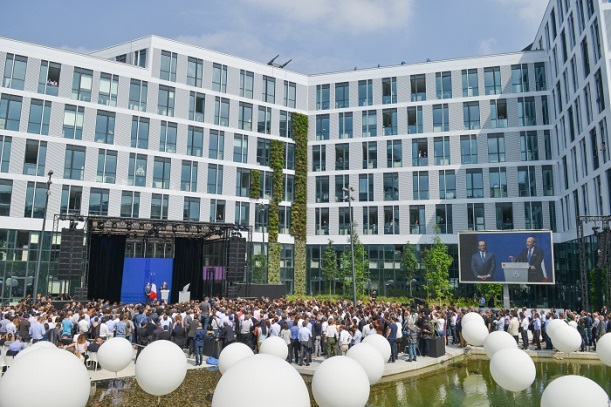 Orange and Nokia have agreed to use more refurbished kit in their networks to cut their carbon contrition and meet emissions targets. Meanwhile, Nokia has unveiled a new container strategy that could help mobile operators deploy services at the speed of the cloud.

The refurbished Nokia network equipment will be offered to Orange subsidiaries via BuyIn, the procurement alliance of Orange and Deutsche Telekom.

Initially the procurement system will offer radio access network (RAN) hardware but there are medium and long-term plans to include other types of kit. The refurb offer is part of Orange’s carbon emissions reduction strategy but Orange and Nokia say they also want to offer a competitive and reliable alternative to network operators. The second hand RAN meets EU and ITU directives and recommendations.

This scheme is part of a larger Orange Group programme called Oscar, which aims to meet a Net Zero Carbon target by 2040. Oscar includes targets for the reuse of components and limits the use of new materials. Nokia said it aims to cut emissions in its value chain by 50 per cent between 2019 and 2030.

"Through digitalisation we are able to realise the full value of our products,” said Tommi Uitto, Nokia's president of mobile networks.

In another infrastructure development, Nokia has unveiled its plan to give mobile operators greater control over their deployments. Nokia’s plan is to establish a community of third-party application providers who could speed up the process of creating new revenue streams.

Containers could save CSPs

Initially the plan is aimed at fixed wireless access (FWA) sector, since Nokia says 30 per cent of broadband-connected homes will use third party applications and services within containers by 2025. However, there could be wider ramifications as application containers can speed the provision of any service by allowing the operator access to directly manage it.

Nokia’s inaugural partners in the scheme were named as F-Secure for cybersecurity, Broadpeak for multicast-ABR video delivery, Cognitive Systems for Wi-Fi motion sensing, Gamebench for performance monitoring, Domos for performance optimization, Ookla for speed test and NTOP for traffic analysis.

“Application containers open a whole new world for our customers to innovate, to create revenue streams and to bring more value to the end-users,” said Sandy Motley, Nokia’s president of fixed networks.