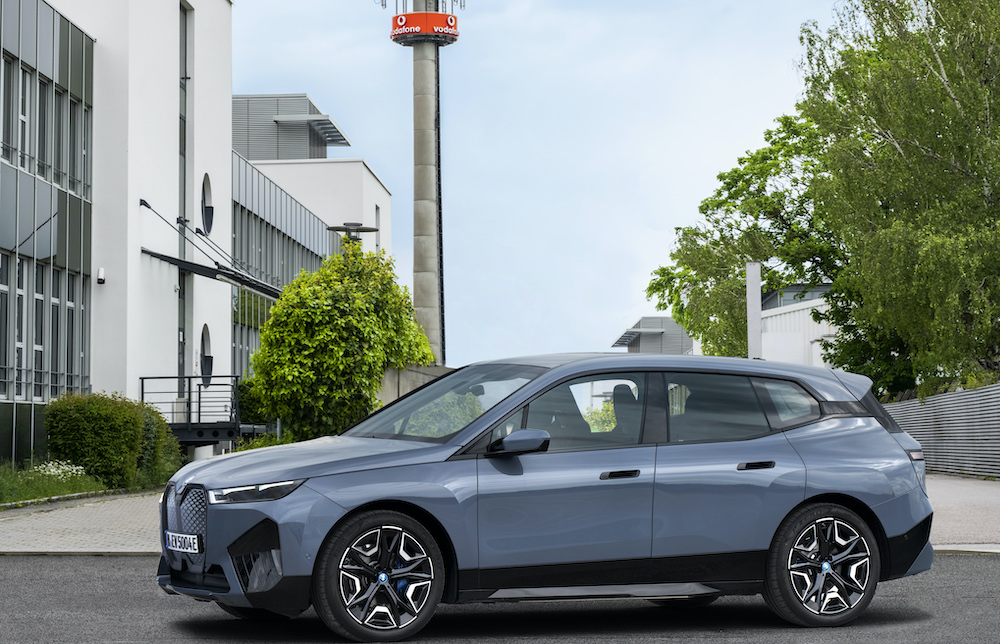 Electronic SIMs connect 5G to the cars, while Vodafone uses network slicing and edge computing to drive the car makers

It's been a busy week for German connected car makers and telcos. Deutsche Telekom (DT) claims it has empowered Germany's BMW car drivers with the automotive sectors first mobile option for 5G networking, according to Light Reading. Meanwhile Vodafone has announced its own eSIM service for BMW. In addition Vodafone Germany and Porsche claimed to have launched the standalone 5G era for car makers at Germany’s Weissach development centre.

The mobile operator that provides a ‘personal eSIM’ can turn any vehicle, such as the BMW iX, into just another connected device, just as it would a smartwatch or Fitbit. The big difference is that the car becomes connected even when the smartphone to which it is registered is not in the vehicle. The personal eSIM is integrated in the car in addition to the vehicle eSIM which is installed as standard.

Both eSIMS can be fully active on 5G at the same time. In addition, the personal eSIM is directly linked to the customer's BMW ID. This means it can be used, along with all the connected functions that come with it, in any enabled vehicle, such as a rental BMW.

Meanwhile, Vodafone Germany unveiled what it can do for the car makers, rather than their clients.

The birthplace of the Porsche 918 Spyder supercar was the show case for a new standalone 5G service using 3.5 GHz frequency band for ‘secure and delay-free transmission of data between vehicles and digital devices’.

With 5G’s smaller sub-networks, created by network slicing, Vodafone will give Porsche license to instantly apportion bandwidths at minimal latency times for all the projects involved as engineers strive to create the next Porsche wondercar at the Weissach site, Vodafone said.

As Porsche’s disparate teams of scientists and engineers work on predictive warning and assistance systems and automated driving functions, they will be spread across the campus, working on different aspects of the project, such as braking, transmission and steering. Their need for computing power for all the various projects will be unpredictable, since they are dictated by the pace of each project’s developments. The 5G network will be able to apportion edge computing resources and the appropriate levels of bandwidth for transmitting vast silos of data. It can no do this instantly, re-sizing and re-assigning resource within milliseconds.

"With 5G standalone, we are bringing Europe's fastest network to Weissach and new digital services into the automobiles of tomorrow, said Vodafone’s Ametsreiter. “5G revolutionises the development of vehicles-from the first prototypes to the finished series model. In the future, Porsche engineers will be able to work on digital vehicle models and prepare them for use on the road.”

From Weissach, said Ametsreiter, 5G will make its way directly into the cars. DT would claim that 5G has already clambered aboard the BMWs.