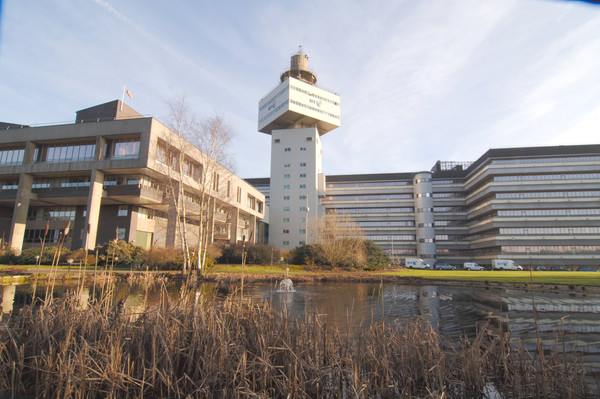 The trial was conducted at Openreach’s Adastral Park lab in Ipswich, UK (pictured): a field trial will start in December.

The two say the trials prove that current GPON and XGS-PON broadband technologies and future upgrades to 25G PON will work together seamlessly.

Nokia has pioneered the 25G PON technology that can deliver download speeds of 25Gbps over a single optical fibre, and run on the same underlying infrastructure that Openreach is already building across the UK.

That's 2.5 times faster than the current faster tech, XGS-PON. Nevertheless, some in the industry have queried the wisdom of Nokia nailing its future to the 25G PON mast.

In 2020, ETSI, Huawei and some Chinese operators prevented the International Telecommunication Union (ITU) adopting 25G PON as a standard, proposing a 50G option.

Nothing daunted, Nokia set up its own 25G PON supporters club, the 25GS-PON Multi-source Agreement or MSA Group.

As the analyst house 650 Group explains, "This MSA (multi-source agreement) strategy is used by various groups in the technology industry when there is sufficient buying power to move ahead of (or in this case, without) standards ratification; we see if used frequently by hyperscalers when building their bleeding-edge data center infrastructures".

One argument against 25G PON is that the capacity won't be needed for ten years or so, by which time the price of 50G PON will have fallen and become competitive. It would be easy to take issue with either of these arguments, but one fact remains, due to developing its own Quillion chips, it looks like Nokia's customers can upgrade from 10Gbps to 250Gbps on the same hardware via a software upgrade, without a total rip and replace.

BT says that the successful trials in Ipswich means it will undertake further field trials to test compatibility with existing technologies, and assuming they work out, the companies could develop a wider range of services and speeds for the UK’s retail service providers to offer consumers and businesses in the future.

And they could offer these new speeds and services without any disruption such as digging up the road.

Peter Bell, Director, Network Technology at Openreach said, “As the country’s largest digital infrastructure provider, it’s crucial that we continue to plan, innovate and evolve our network, to make sure we have the capacity and capabilities that the UK needs in the future.

“The Full Fibre network we’re building today is going to be the platform for the UK’s economic, social and environmental prosperity, and these trials prove that we can keep upgrading the speeds and services our customers experience over that network for decades to come.”

Emir Halilovic, Principal Analyst at Global Data, said: “25G PON is market-ready and…becoming the technology of choice with operators that need faster than 10 Gbps broadband speeds along with the flexibility to grow capacity in the future.

"Being a symmetrical technology, 25G PON provides operators with technology capable of supporting SME or enterprise connectivity, as well as 5G transport.”

Sandy Motley, President Nokia Fixed Networks said, “The key to unlock the virtually unlimited capacity that fibre offers is to develop new generations of fibre technology – and faster chips. Nokia’s Quillion chip allows us to have a solution that supports three generations of PON technology from a single platform that is already in the Openreach network. Having GPON, XGS-PON and 25GS-PON all on the same fibre means Openreach can efficiently evolve the network capabilities, address new opportunities and connect more consumers, businesses and 5G cell sites.”

Openreach is building ultrafast, ultra-reliable Full Fibre broadband to 43,000 premises every week, playing catch-up for getting into the full fibre market relatively late. Its aim is to reach 25 million premises all over the UK by end of December 2026.