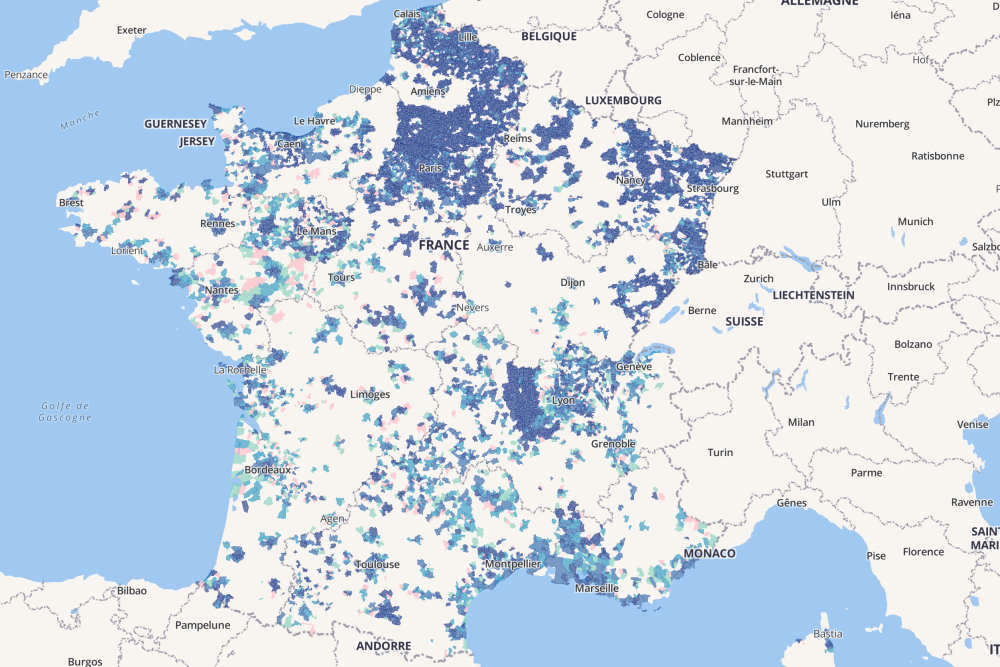 Regulator Arcep published the numbers for the country’s fibre and other broadband deployments last year.

The French telecoms regulator said the fourth quarter of 2020 was marked by a record increase in fibre-optic deployment (FTTH) and that the accelerating adoption rate for fibre concluded a record year.

During Q4 2020 so-called superfast broadband subscription (at least 30Mbps download speed) added 1.1 million connections, making the superfast total for France 14.7 million – close to half of all internet access lines in the country.

FTTH subscriptions rose by 3.3 million during 2020, taking the total to 10.4 million at the end of 2020, and accounting for 70% of all superfast access subscriptions in France.

Slower broadband connections declined by 2.5 million subscribers last year compared with shedding 1.7 million the year before. They still accounted for almost 16 million subscriptions at the end of the year.

Most the growth continues to be in those parts of the country where the Government has issued a call for investment letters of intent (called "zones AMII" in French): 1.1 million additional premises were rendered eligible during what was a record quarter in these areas, which have been the focus of an especially strong push by operators.

The pace of FTTH line deployments in AMII areas was close to the highest on record, with more than 650,000 additional premises becoming eligible for fibre access.

Roll-outs are also intensifying in those areas covered by calls for expressions of local interest (called zones AMEL in French), where there were close to 100,000 premises passed at the end of 2020.

Arcep concluded, "The accelerated pace observed nationwide is not, however, found systematically in very high-density areas where the insufficient rate of progress of the past several quarters continues".

In total, at the end of Q4 2020, 28.6 million households in France were able to subscribe to a superfast internet access service, all technologies combined, including 21.7 million households located outside  very high-density areas.

There are more details here and the cartefibre.arcep.fr website allows users to track the exact progress of FTTH rollouts and the forecast gives people information about the timing of future fibre roll-outs.