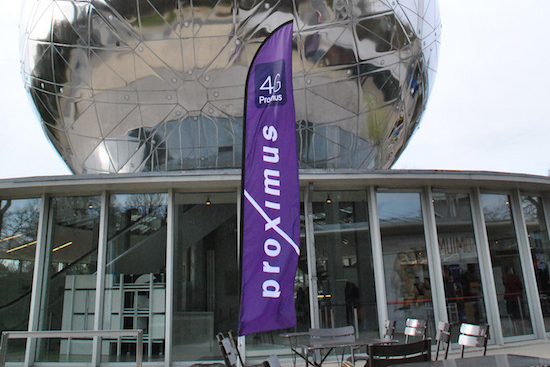 The two operators are selling their shares in the international carrier to its main shareholder, Proximus.

Swisscom announced it has signed the contracts for the disposal of its 22.4% stake in the international wholesale communications company, BICS (Belgacom International Carrier Services) for payment of about €110 million.

The second minority shareholder, South Africa's MTN, is also selling its 20% stake in BICS to Proximus for 1.8 billion rand (€100.3 million).

MTN is in the midst of a 25 billion rand divestment plan aimed at reducing debt, simplifying its portfolio and improving returns over the next three to five years, according to Reuters.

This means Proximus will hold 100% of the shares in BICS.

The deal is subject to the usual regulatory approvals.

Swisscom said in a statement that it "believes this is the right time to sell its stake as it wishes to invest only in strategically relevant businesses".

The commercial contracts between Swisscom and BICS will remain in place: Most of Swisscom's international telephone minutes are handled by BICS as a supplier. Swisscom said its financial outlook for 2021 remains unchanged.

Guillaume Boutin, CEO, Proximus Group, commented, "I am excited to conclude this agreement, allowing us to retain a growth engine within the Group and maintain full control over the globally renowned assets of BICS and TeleSign [which is a wholly owned subsidiary of BICS].

"I am convinced we can unlock the next growth phase of BICS and leverage BICS’ potential to consolidate a scattered market, while continuing to invest in key growth areas. Furthermore, we want to support TeleSign’s fast growth as digital leader in programmable communications and digital identity services.

"I have full confidence in the capacity of Matteo Gatta and Joe Burton, as recently appointed CEOs of BICS and TeleSign, to guide this acceleration and ensure a bright future for both entities."