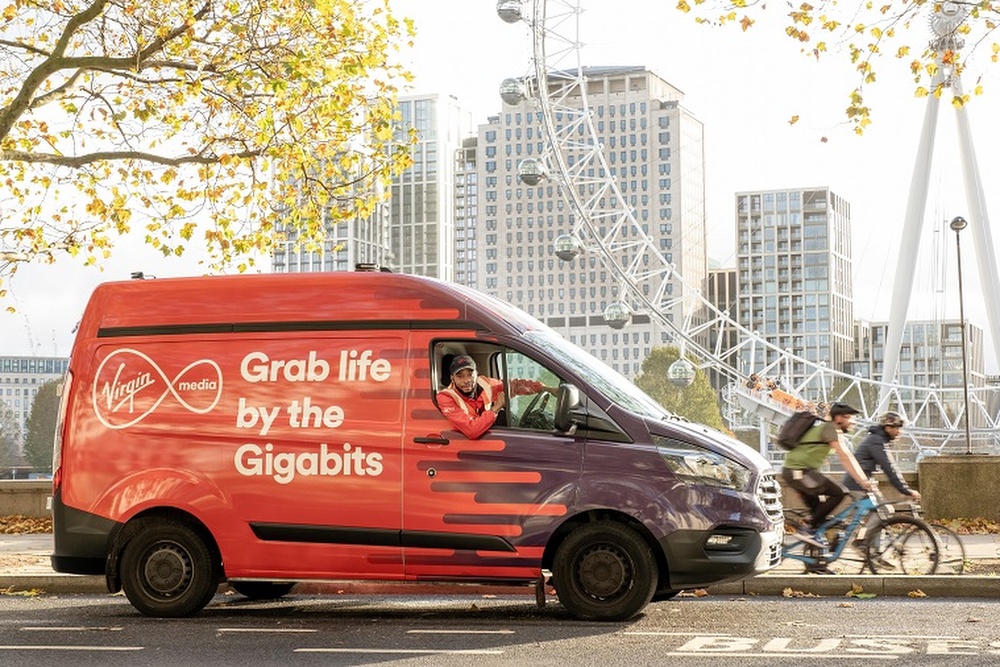 The additional premises are in Northern Ireland, including Belfast, and London.

Virgin Media says this brings the total number of homes that have access to gigabit broadband on its cable infrastructure to 6.8 million in the UK or 45% of those covered by its network.

The plan is to cover roll out gigabit access across its entire network in the UK by the end of 2021 – more than 15 million homes. It claims this could unlock opportunity worth almost £11 billion a year to the country’s economy in saved working hours.

This is based on its own research that suggests homeworkers collectively have lost working time worth more than £7 billion since the first lockdown began on 23 March. The second lockdown in the UK begins today.

The UK’s Office of National Statistics (ONS) reckons about half the population is working from home, with 80% of them being hampered by slow broadband which costs them 11 minutes a day.

Assuming Virgin Media hits its 2021 rollout target, the company says it will  help deliver more than half of the Government’s target of 1Gbps broadband being universally available by the end of 2025, although that plan is in considerable disarray.

The company says the issue of slow broadband will become more of a drain as businesses increasingly adopt cloud technology applications and services that rely on fast, reliable connectivity.

Lutz Schüler, Chief Executive Officer at Virgin Media, said, “It has never been clearer that our services play a vital role in supporting people’s everyday lives and powering the economy. The nation needs next-generation connectivity and we’re delivering.

Most (97%) of its broadband customers already take speeds of 100Mbps or more with an average network speed of 166Mbps which is more than 2.5x the national average.

Virgin Media, owned by Liberty Global, is in the process of merging with mobile network O2 UK, part of Telefonica.

In Liberty Global’s Q3 results reported today, it stated, “We are making progress with regulators on our joint venture with Telefonica's O2 and continue to expect a mid-2021 completion.”