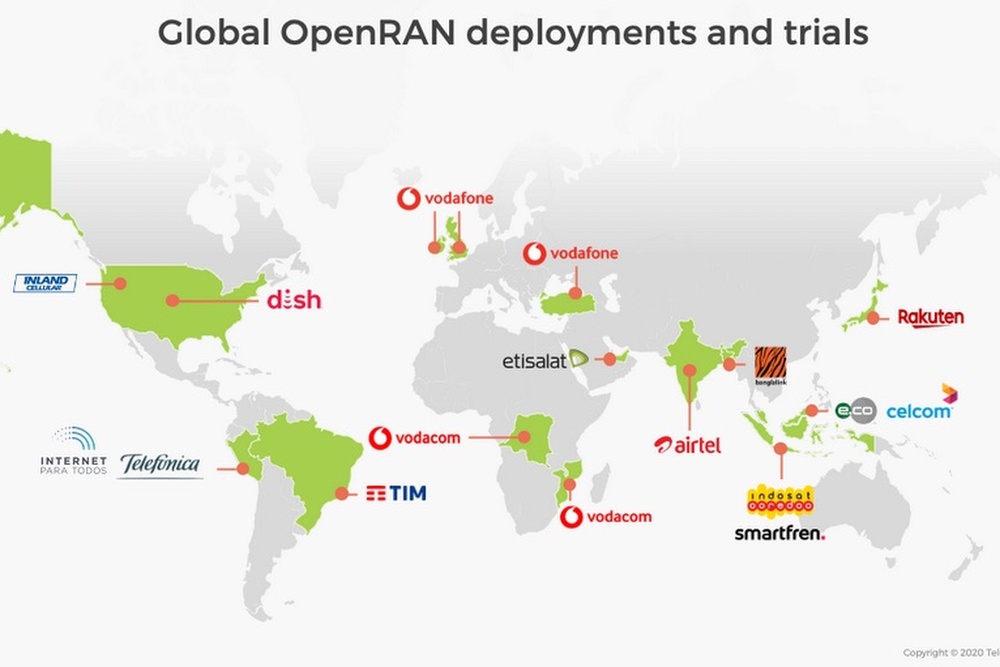 In its latest update, TIP's rollcall of Open RAN trials is long and varied, backed by many Tier 1 operators and a growing cohort of vendors.

The operators groups behind Open RAN include many of Europe’s biggest telcos, including BT, Deutsche Telekom, Orange, TIM (Telecom Italia), Telefónica and Vodafone.

More vendors are getting involved, and with more resources behind it, indications are that the costs of deployment are just beginning to fall as economies of scale make themselves felt.

In turn, this should attract more supporters to the party and drive a virtuous circle.

You can read the lengthy round up of activities and achievements here, but in brief:

• IP products and solutions are a commercial reality globally
* Commercial deployments of TIP-incubated technology, including Open Optical and Packet Transport (OOPT) and OpenRAN
* Evolution of the OpenRAN Project Group to build on the momentum and demand in the industry – with more stakeholders joining the initiative

•  Working across all network layers
* Developing technologies to support broader needs of a disaggregated network, for instance, more momentum in a Project Group to core networks' market needs

• Expanding the scope to include more partners in the ecosystem to build end-to-end solutions
* Launching Solution Groups to develop end-to-end network configurations with disaggregated, interoperable network elements, including TIP-incubated technology, for business opportunities regarding connectivity.

The statement by TIP points out there is much to do: for starters, almost half the world’s population has no internet, and the pandemic has served to highlight the critical importance of being online from many aspects including social, business, economic and healthcare.

As the announcement says, “Operators and other connectivity stakeholders urgently need more effective and efficient ways to expand and upgrade networks”.