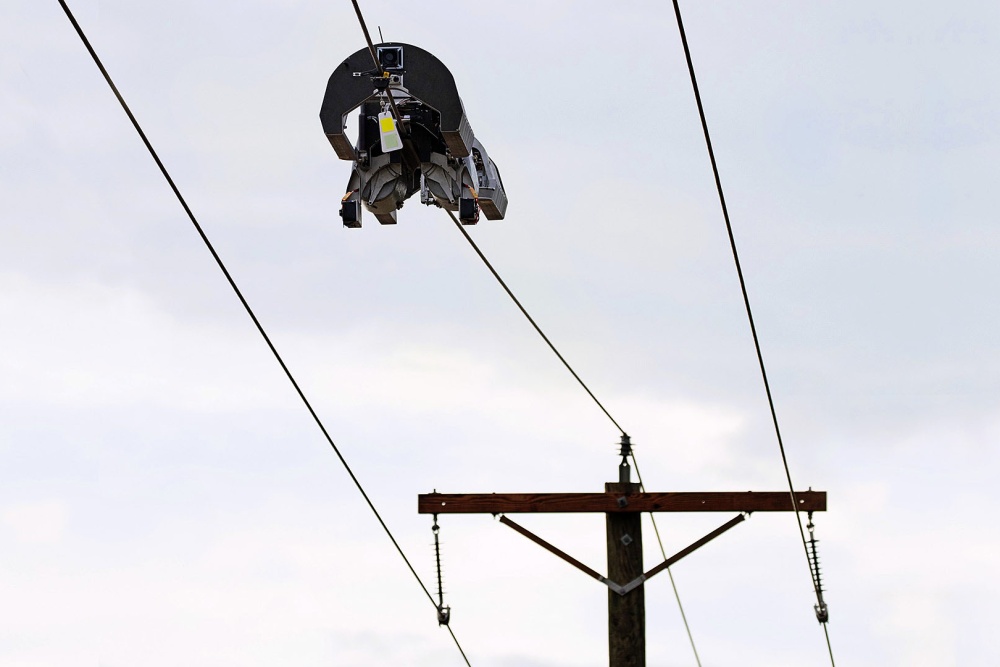 In trials, the Hero robot works on medium-voltage power lines and is designed to speed deployment and lower the cost.

As a long blog by Facebook explains, and as every operator is only too painfully aware, while the carrying capacity making its per-bit cost plummet, the same has not happened to the high cost of fibre build-out.

More than 3.5 billion people around the world have no internet access, but most of the world's population with within a few hundred meters of the power grid. The World Bank lists Uganda as having an electrification rate of only 43% in 2018, yet we can see how much denser that is (shown in yellow on the right) than the country's fibre infrastructure (in red on the left).

Facebook envisages the technology, if successful, could be deployed anywhere in the world from so-called emerging economies to rural

The blog explains, "Pioneered in the early 1980s, the helical wrap method used a machine to wind a fiber-optic cable around an existing power-line conductor. Since the fiber cable is wound around a supporting conductor, it is not necessary to make a new space on the pole or pull it at a high tension. This obviates the need for expensive, time-consuming make-ready work."

It goes on to outline many other challenges that have been overcome (such as the weight and flexibility of the fibre and its spool or dispenser) and that still need to be overcome. It's a fascinating read.