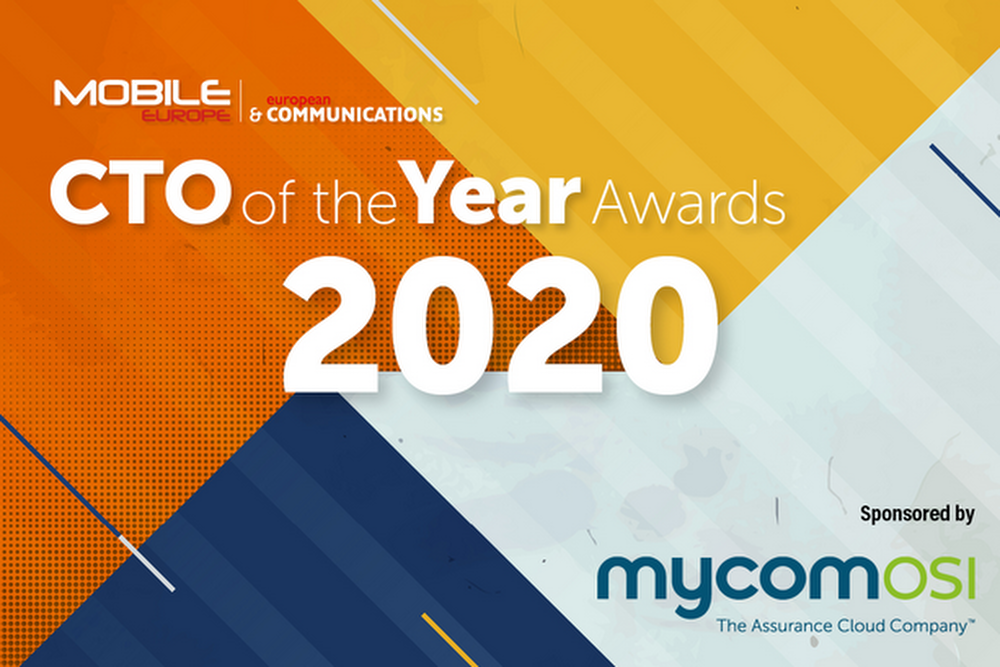 Mobile Europe/European Communications announce the winners of our CTO of the Year Awards 2020.

After a lively, virtual roundtable debate with the nine CTOs who made the shortlist (see below), Mounir Ladki, Co-founder, President and CTO of the Awards’ sponsor, MYCOM OSI, announced the winners.

This year we updated our Award categories. The first is Trailblazer – a CTO with bold ideas for what a future telco should be. We were looking for a creative, pioneering leader whose progress might be more about the vision than results, although in the event, we got both with our winner.

The Trailblazer of the Year Award 2020 went to Micha Berger, CTO of Telenet in Belgium (pictured below), which set out to create an engine for “innovation and socio-economic growth” with a massive investment in fixed infrastructure that started all the way back in 2013 and, as Ladki pointed out, has created the biggest Gigabit Internet region in Europe around Flanders and Brussels.

The judges were also impressed by Berger’s leadership regarding the company’s culture and efforts to attract, train, retrain and keep people with the right skills, for example working closely with a number of Belgian academic institutions.

Berger commented, “It is a real honour being awarded CTO Trailblazer of the Year 2020. I am very fortunate to be surrounded by talented and great people so this is a recognition of my teams who go the extra mile to build future-proof networks that accelerate people, businesses and the Belgian society at large in the digital age. Every person at Telenet should feel rewarded for their contribution.”

The second Award category is for Gamechanger – a CTO who understands that execution is everything and has excelled at turning strategy into tangible operational and business benefits.

The Gamechanger of the Year Award 2020 goes to Catalin Buliga, CTO of Vodafone Romania. Ladki commented, “The judges were dazzled by the breadth of the company’s ambition and his scope of his entry”. This ranges from IoT to sustainability and inclusivity policies, digital transformation initiatives, and the move to agile practices, and all while maintaining excellent NPS scores for mobile performance, among other things.

Buliga said, “The pandemic has changed the society perception of the telco industry, as providers of critical connectivity services and enablers of digital society. Our role in national reconstruction is key and at Vodafone we’ve made this our top priority. This prestigious award goes to the entire Vodafone Technology team in Romania as a recognition of all our achievements.”

Here’s the rest of the star-studded shortlist – our congratulations and thanks to them all.

We will be publishing a profile of the winners, plus the highlights of the roundtable in the Q3 edition of the Mobile Europe/European Communications magazine, as well online.’