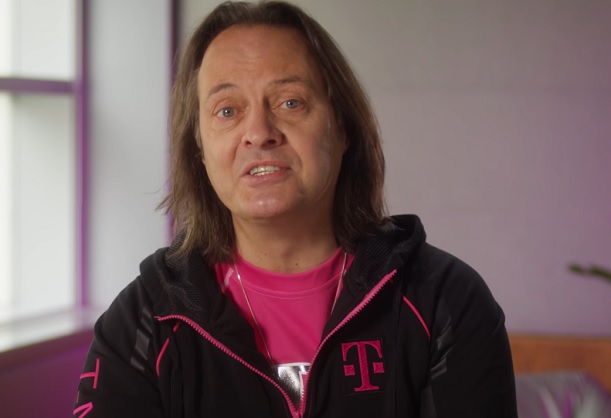 T-Mobile US’ CEO John Legere, who is widely credited with the operator’s dramatic turnaround since he took office in 2012, will step down next year.

His anti-corporate stance of wearing his hair long, swearing in public and outspoken criticism of competitors made him a colourful and immediately recognisable figure.

He applied this anti-corporate attitude to the culture of the company, positioning it as customer friendly and against normal carrier practices that are unpopular with customers, for example scrapping two-year contracts and introducing ‘perks’ for customers.

When Legere joined T-Mobile, it was a remote fourth in the US market. Under his stewardship, T-Mobile overtook Sprint to become third place in the market, and viewed as a serious rival by Verizon and AT&T.

The idea was of the merger with Sprint was to be even more of a serious threat to that duopoly at the top.

T-Mobile also became very important to its parent company, Deutsche Telekom, for which it is one of the group’s main engines of growth, along with its domestic market of Germany.

When Legere’s departure was made public, Deutsche Telekom group’s CEO, Tim Höttges said, “John Legere can look back at a very successful time as CEO,” although there had been tensions between the mother ship and the leader of its American offshoot, due to Legere’s casual style and complaints about his pay.

It has long been expected that the less abrasive and capable Mike Sievert, T-Mobile’s current President and Chief Operating Officer (COO), would takeover when Legere left, and Sievert will become CEO on 1 May.

This means Legere might not see be in office to see the completion what should have been the crowning glory of his tenure at the top – T-Mobile’s acquisition of Sprint.

The ‘merger’ has been approved by federal regulators, but is subject to a lawsuit by a number of state attorneys general.

They fear that the consolidation of the market will ultimately result in higher prices and less choice for consumers.

This is despite Sprint and T-Mobile agreeing to various remedies put forward by regulators to address these concerns.

There were rumours of Legere considering the top job at WeWork, the property company that recently had to back away from its initial public offering as its value plummeted under scrutiny.
Legere as categorically denied this.

His contract with T-Mobile means he cannot take a position with any direct competitors, but he is looking for a company that needs to be turned round.