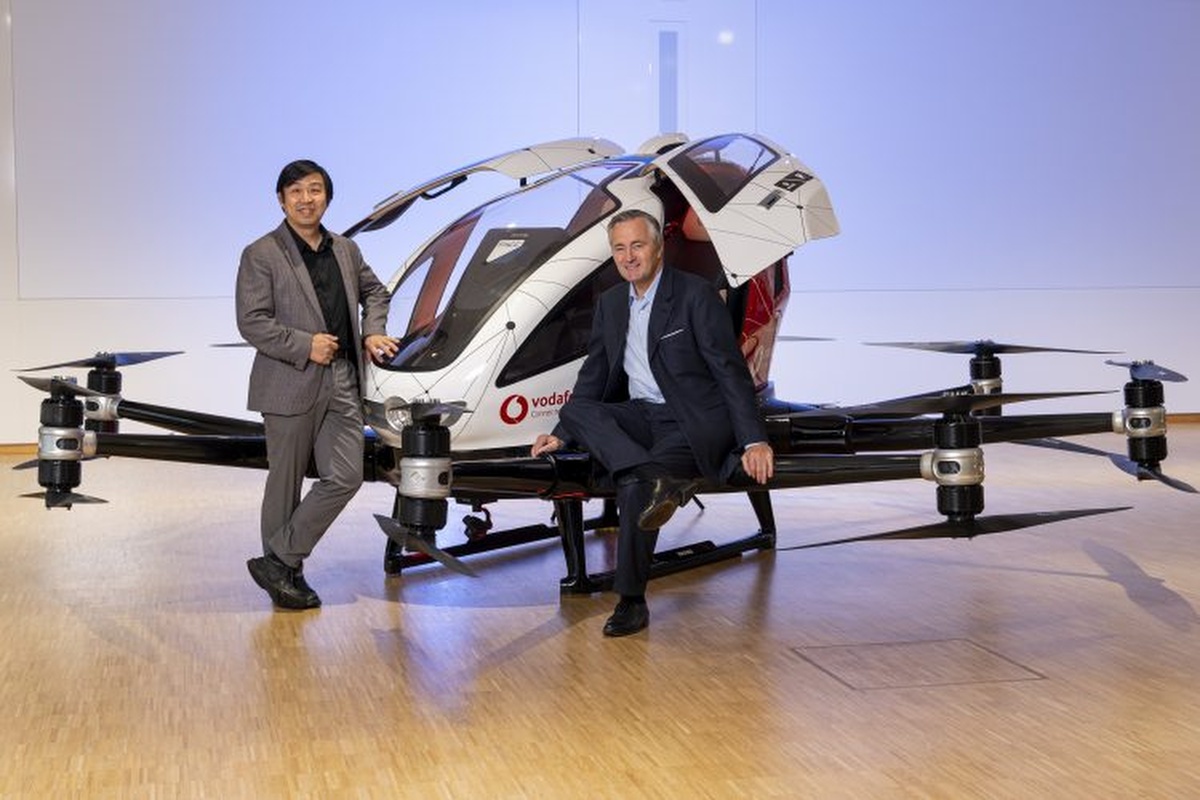 It is launching an exclusive partnership by which all Ehang drones in Germany, then Europe, will have a Vodafone SIM card.

Vodafone will provide 5G infrastructure across Europe for Ehang, the global autonomous aircraft firm. This includes for flying taxis (as shown above) as well as commercial drones for logistics or postal deliveries.

“Every drone needs mobile radio. Fast networks regulate the right of way in air traffic. They become the traffic control system for airline taxis and drone mail, and they make drones identifiable – similar to licence plates on our cars”, said Vodafone Germany’s CEO, Hannes Ametsreiter (on right of picture)

Hu Huazhi, founder and CEO of EHang (left on picture), said, "5G is a key infrastructure for the commercial use of drones. Only with 5G can autonomous flying air taxis start and land with centimeter accuracy in the future.”

By 2050, nearly 100,000 passenger drones could be in service worldwide, according to a new study by management consultancy Roland Berger. Other studies forecast higher numbers and predict that increasing urbanisation and congestion on the roads will also increase the demand for air taxis.

Vodafone said that a key challenge, in addition to public acceptance and aerospace aviation legislation, is creating infrastructure, such as landing zones, electricity charging stations and mobile communications.

Vodafone has been working on drone control for several years, for example leading a proof-of-concept Catalyst projects within TM Forum: Do drones dream of electric sheep? in 2016 and it was the first mobile operator to join the UK's drone testing consortium in March this year.