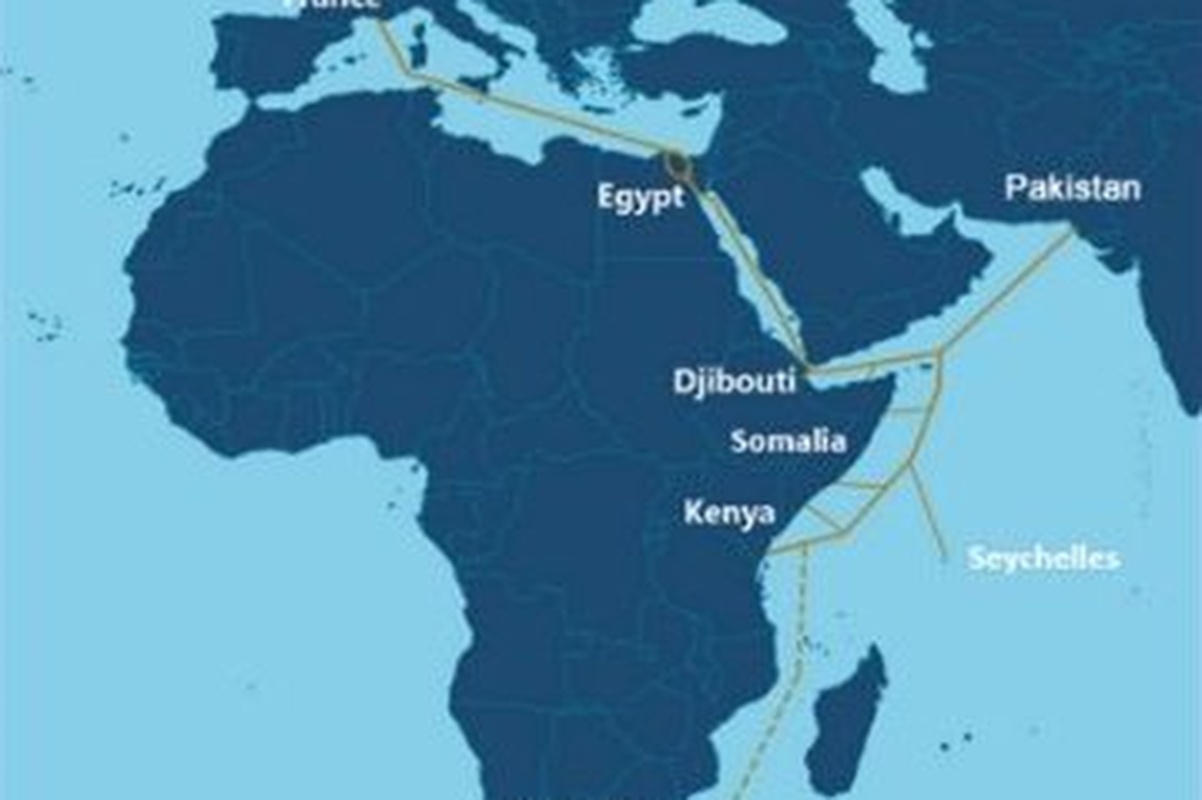 It marks the arrival of the first Chinese private submarine cable in France.

The initial build will be 12,000km in length and link France to Pakistan through a single landing point in the city of Marseille by 2021 using the Europe-Asia route, and the city of Mombasa in Kenya.

This ‘short’ route towards the Indian Ocean is to obtain optimum latency.

PEACE will extend to South Africa in the future, reaching 15,000km length in total.

Orange will supply and operate the cable landing station in Marseille, and link it to one of the city’s major data centres, and make it a gateway to the European network.

It could also act as a gateway to the Americas due to the transatlantic network accessible from France.

Orange the only option

Orange claims it is the sole French operator with existing infrastructure and the technical expertise to land this kind of cable in France.

It is a major investor in over 40 submarine cables to date and continues to invest in a great number of projects to offer enriched, high-quality connectivity throughout the world.

Moreover, Orange has acquired 500Gbps of capacity on the cable between Marseille and Kenya in order to support the growth of traffic in the Indian Ocean for several years. The objective is also to find alternative routes and to reduce its dependency on the EASSy cable which links Djibouti to South Africa.

Jérôme Barré, Chief Executive Officer, Orange Wholesale and International Networks, says: “For Orange, PEACE is a major investment as it will provide greater route diversity, improved connection security and guaranteed support for increased capacity across all regions in the Indian Ocean zone, particularly Réunion and Mayotte.”

Marc Halbfinger, Chief Executive Officer, PCCW Global, says: “Our collaboration with Orange is a critically important step towards bringing PEACE online and we trust the capabilities and vast experience of their teams in France to provide a successful and timely delivery of the European leg of the project.

"Orange has vast experience in submarine cable infrastructure development. So we are confident that Orange will not only successfully provide the necessary cable infrastructure in France, but also benefit from being one of the first major users of the PEACE cable to connect important and growing traffic from Africa to Europe.”

Wu Qianjun, the Vice president of Hengtong and CEO of PEACE, says that: “The PEACE project has been progressed very well and the equipment manufacturing has been achieved more than 60%. The system will be ready for service on time based on its schedule. We are confident that PEACE will provide low-cost capacity for those fast-growing regions and enhance the routing diversity in Asia, Africa and Europe.”