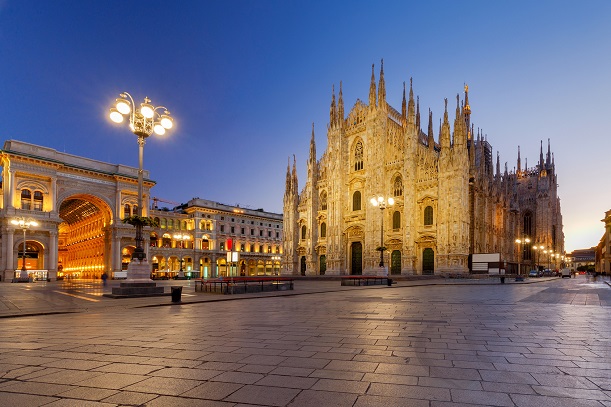 TIM and Nokia achieved a wavelength speed of 550Gbps over a long-distance backbone network.

The Italian operator claims this sets a new European record.

TIM and Nokia also reached a transmission rate of 400Gbps over 900 kilometres between Rome and Milan (pictured), and 300Gbps over 1,750 kilometres.

According to Nokia, “This speed triples the bandwidth of the current network, and with the arrival of 5G, will offer customers the most efficiency and connectivity in support of the ever-increasing ultrabroadband traffic, as well as ensuring reliability and security.”

Elisabetta Romano, Chief Technology & Innovation Officer at TIM, said, "We are proud of this European record.

"Today's result, which triples transmission speed compared to the current one, confirms that TIM’s network is the most advanced infrastructure capable of offering new digital services and platforms, also with a view to developing 5G."

Sam Bucci, Head of Optical Networking at Nokia, added, "We are proud of the partnership we have built with TIM over the years, and of the opportunity to demonstrate the capability of our PCS technology on their most important transport infrastructure.”