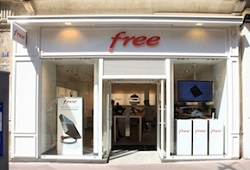 Iliad has entered into a series of agreements with Cellnex “to form a strategic partnership” with Spanish infrastructure firm.

Like Bouygues and Altice Europe before it, Iliad is selling some of its tower-based infrastructure – 70% in this case – to raise cash and strengthen its balance sheet.

It will rely on Cellnex for long-term access to the sites its sells, and services, and continue to jointly develop tower-based infrastructure.

About 5,700 of the sites are in France. The transaction is to be completed by the end of 2019. Iliad will retain the 30% minority stake.

Cellnex and Iliad will jointly manage and develop the resultant Iliad TowerCo in France.

Iliad Italia has agreed to sell Cellnex the entire capital of its Italian mobile telecom infrastructure management company, Iliad Italia TowerCo, which will be 2,200 sites by then end of 2019.

The proposed transaction includes the delivery of 1,900 new 'build-to-suit' sites.

The transaction will have to be agreed by the appropriate authorities.

Investing in the future

Thomas Reynaud, CEO, Iliad said, “This transaction is part of a long-term industrial strategy allowing us to accelerate rollout of our 4G and 5G networks and to increase Iliad’s investment leeway.

“[It] supports the Group’s new growth and innovation cycle. It enables more efficient infrastructure roll-outs in the future while meeting the challenges of further increasing territory coverage."

Operating under the Free brand, Iliad’s entry into the French market in 2012 was masterminded by the telecom billionaire Xavier Niel. The company proved hugely disruptive due to its innovative approach and low prices, but it has not adapted to changing market conditions and is shedding customers.

Under pressure in France, the company entered the Italian market last year: its shares dropped 43% in 2018.

Iliad’s management team has been mired in controversy regarding a lack of transparency around remuneration, among other things.

At the end of April chairman, Maxime Lombardini, was fined €600,000 by the French regulator for selling off shares in July 2014, ahead of Iliad making an unsuccessful bid for T-Mobile USA. He was CEO at that time.