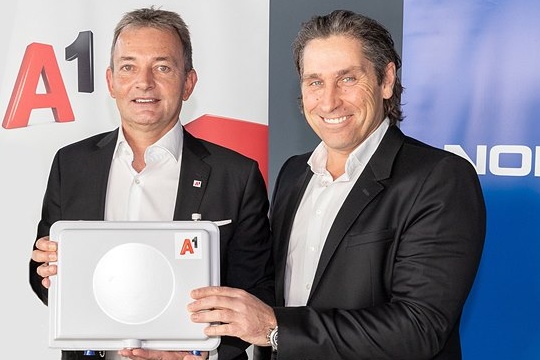 Nokia is celebrating its 30th commercial 5G contract, following a new deal with A1 Telekom in Austria.

Nokia will provide 5G wireless technology and cloud-based core network technology. This is the latest instalment of a long-standing partnership between the two companies, which has included the successful expansion of 3G and 4G/LTE mobile networks and the roll-out of Austria's largest fibre-optic network.

"Together with Nokia, we are using the full potential of 5G," said A1 CEO, Marcus Grausam. "We rely on a long-standing partner with whom we have already successfully implemented numerous major projects in the past. Now the starting signal has been given for the expansion of the A1 5G network throughout Austria, which will open up new application worlds and transform business models. "

This deal brings the number of 5G commercial contracts Nokia has around the world to 30, including 16 with publicly named service provider customers.

"This achievement marks a proud moment for Nokia as a company,” said Rajeev Suri, President and Chief Executive Officer of Nokia.

“With these agreements, creating new partnerships and continuing existing relationships around the world, we can see the promise of 5G becoming a reality. Many of the 30 commercial 5G deals we celebrate today include multiple elements from across our end-to-end portfolio as our customers turn to Nokia at each stage of their 5G investment cycle," he added.