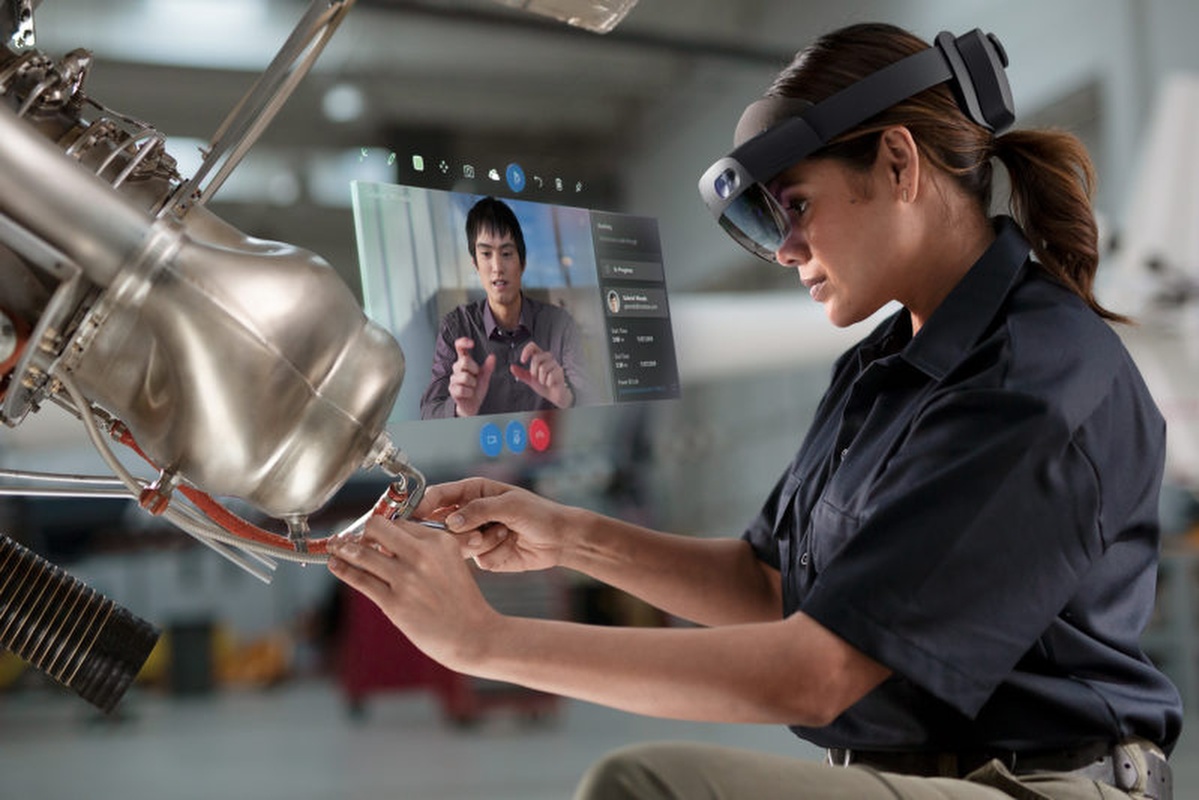 At a keynote on Sunday evening at MWC2019, Alex Kipman who had headed up the HoloLens work from the start a decade ago said, “A lot of technology is a displacer of jobs…Devices like HoloLens are enablers of jobs. They give people superpowers at work that they didn’t have before.”

The initial iteration of HoloLens in 2016 enabled holograms to be accurately placed on physical objects, unlike the virtual reality products being developed by Facebook, Sony and others, which created an entirely imagined, virtual world, which have not captured the publics’ imagination.

Too bulky, too limited, but…

Despite complaints about the headset being too bulky and having too limited a field of vision, HoloLens has been adopted by staff in industrial environments whose jobs do not enable them to sit at a computer. Instead the computer is integrated into the wireless headset, allowing field engineers to move about freely and use both hands while communicating with remote office staff.

Lift-maker Thyssenkrupp has kitted out its repair engineers with HoloLens so they can view schematics inside the display in the elevator and be in contact with colleagues in the office. According to Thyssenkrupp, this has radically cut down repair times.

Kipman commented, “You don’t get to do custom silicon in less than 36 months for less than a few hundred million dollars…Very few VCs are that patient. We are strategically patient on mixed reality.”

The new HoloLens 2, will be commercially available later this year for $3,500, with a new optical system, developed by Microsoft, and is with more than double the viewing screen, although the front visor is smaller and the processor has been shifted to the back. Qualcomm’s Snapdragon chip, commonly used in new smartphones, has displaced Intel’s silicon.

The new headset also has software bundled into it, developed by Microsoft, for the most likely use cases – like remote assistance for field workers and streaming 3D graphics from the cloud.

Key part of the Azure strategy

Paul Miller, Senior Analyst, Forrester, commented, “The hardware for Microsoft’s new HoloLens is impressive…New eye-tracking cameras can be used to scan the wearer’s eye, immediately simplifying user authentication and device configuration, but also creating opportunities to know where the wearer is looking.

“Improvements to the user interface mean that interacting with virtual objects is starting to become more intuitive than it was with the previous version.

“There’s a lot that the new HoloLens can do on its own, but the real power comes when HoloLens – a capable edge computer in its own right – is connected to the cloud. Cloud-based services like remote rendering substantially increase the speed and resolution of mixed reality models and simulations.”

All of which ties in with Microsoft’s vision of linking ‘edge’ devices – whether they are smartphones, computers or headsets – with its Azure cloud computing service.