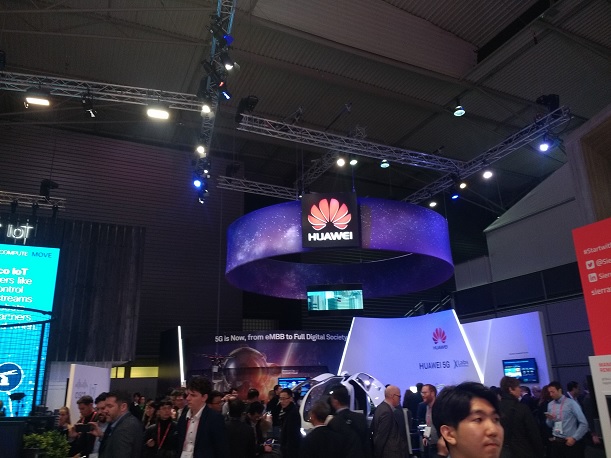 As MWC2019 looms, the multi-stranded row about the world’s biggest telecoms equipment-maker intensifies as operators fret.

A report by Reuters says GSMA has proposed a meeting with its members to explore the implications if Huawei’s equipment is excluded from 5G infrastructure in some major markets. The fear is it could set 5G deployments back years in Europe – and greatly increase costs.

GSMA’s Director General Mats Granryd wrote to members suggesting adding a debate about the Huawei affair to the agenda of its next board meeting, which takes place alongside MWC2019 in Barcelona later this month.
Australia, New Zealand, BT in the UK (on the advice of governmental security agencies), Orange in France and the US authorities, have already said they will not use Huawei equipment in their national 5G infrastructure.

They are worried the equipement could be used by the Chinese state for cyber espionage.

Other countries and companies are considering following suit, including Vodafone Group (one of Huawei’s largest customers globally) and Germany – the German government is a stakeholder in Deutsche Telekom.

Huawei’s equipment has been used in 5G trials with operators and in countries that are now barring it. There are huge concerns among operators in Europe that boycotting Huawei’s market-leading 5G equipment would put them at a competitive disadvantage, delaying deployment by up to three years.

It could also hold up other developments such as autonomous vehicles, Industrie 4.0 and advances in healthcare, and in some parts of the world create a de facto duopoly of Ericsson and Nokia.

The two European telecoms equipment manufacturers have so far failed to take advantage of their Chinese rival’s plight, but there are concerns that over time equipment prices would rise substantially: Huawei has played a big role over the last decade or more in driving prices down.

Huawei’s founder Ren Zhengfei have repeatedly denied he or his company would spy for China and that the company is or has been state-funded, insisting it is privately held.

Ren’s daughter, Meng Wanzhou, is Huawei’s CFO and under house arrest in Canada, awaiting extradition to the US. She face charges including lying to US authorities and thereby breaking international sanctions by selling equipment to Iran.

Huawei as a company is facing 23 charges in the US including technology theft, bank fraud and obstructing justice. The company has $100 billion revenues and relies heavily on American companies for software and silicon for its products.