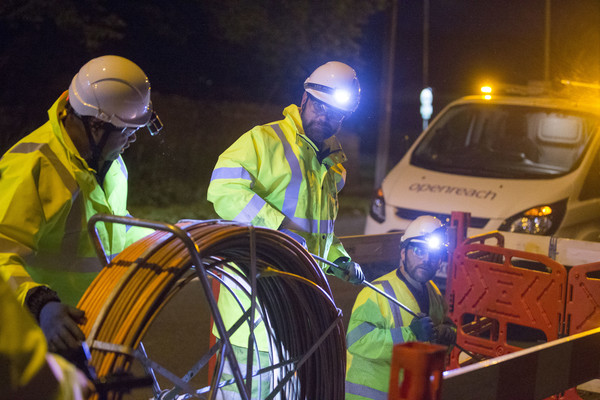 Openreach has unveiled the Wirral, in the north west of England, as the latest location to gain access to fibre-to-the-premises (FTTP) technology under its Fibre First programme.

The U.K. network operator said it will roll out FTTP to "tens of thousands of homes and businesses across the borough," a peninsula adjacent to the city of Liverpool.

Liverpool is among the nine cities already included in Fibre First, the full fibre rollout project unveiled by BT's network business at the start of the year.

Under the scheme, it aims to deploy FTTP to 3 million premises by the end of 2020. That figure includes 800,000 premises in areas covered by the government's BDUK programme and new housing sites, 1.7 million in towns and cities, and the half a million it had already rolled out when the project was announced.

"In today’s economy the Internet is not a luxury but a utility, so providing the widest possible access to the fastest possible broadband must be a national infrastructure priority," said Shadow Digital Minister Liam Byrne, in a statement on the Wirral rollout.

"Fibre to the premises is available to 4% of British premises compared to over 60% in competitors like Japan and South Korea, so delivering on ambitious targets is essential to make sure Britain is a leader in the digital race," Byrne said.

The cities of Birmingham, Bristol, Cardiff, Edinburgh, Exeter, Leeds, London and Manchester are also included in the Fibre First programme.