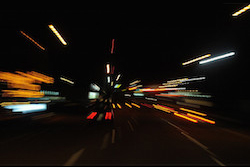 Bidding continues in Italy's 5G spectrum auction, but the closely-watched 700MHz band has already been allocated, with three operators together spending €2.04 billion to secure a share of those low-band frequencies.

The Italian government on Friday announced that the 700MHz block had been decided, with TIM, Vodafone and market newcomer Iliad picking up airwaves.

Vodafone and TIM spent €683.2 million and 680.2 million respectively on 10MHz of paired spectrum each in the 700MHz band.

Their bills are slightly more than that of Iliad, which secured 2x10MHz of frequencies for €676.5 million, taking advantage of the government's decision to reserve a spectrum block for a new player. France's Iliad disrupted the Italian mobile market when it launched services earlier this year.

With the 700MHz band decided, the telcos are free to concentrate on the remaining available frequency bands in the auction.

As of the close of play on Friday, Wind Tre, TIM and Iliad had submitted the highest bids for the various 3.7GHz spectrum blocks, while all five auction participants were involved in the 26GHz sale.

The auction's running total had reached €3 billion, with bidding in the 3.7GHz band in particular appearing to be “very lively,” according to Italy's Ministry of Economic Development.