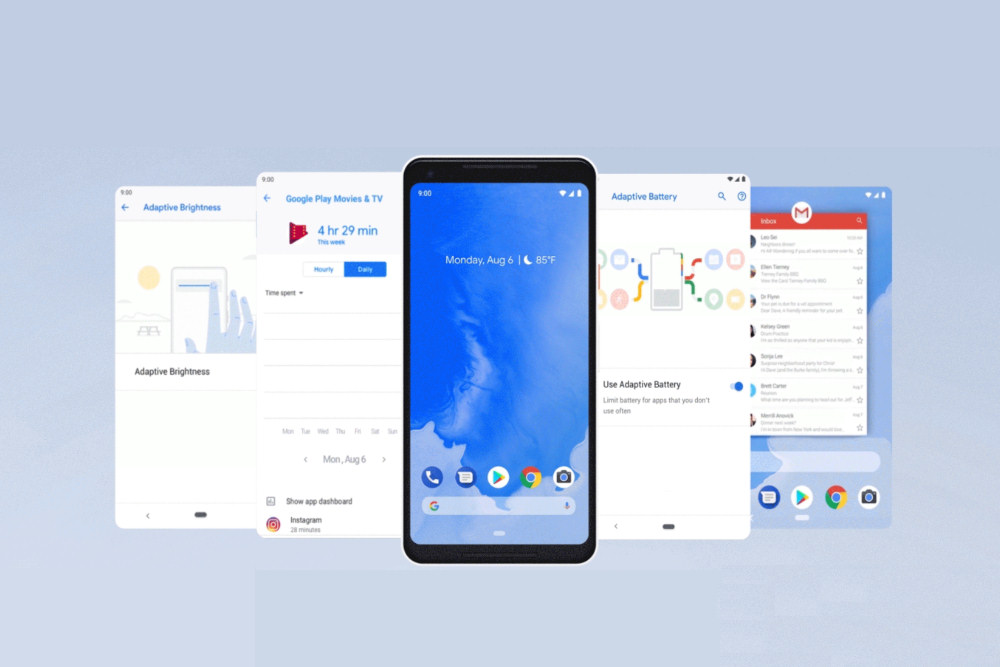 Google has started rolling out the AI-heavy Android P, with the latest version of its operating system promising to adapt according to how it is used.

Owners of Google's Pixel devices will start to get the OS from today, with the digital giant promising devices from the likes of Sony, Xiaomi and HMD will receive it by the end of autumn.

The new OS focuses less on a visual overhaul and more on a user experience refresh. Among its features are adaptive brightness, which responds to different settings, and adaptive battery, which prioritises power to the smartphone's most used apps.

Android P's App Actions displays contextual suggestions on which apps a user may want to open next. Google gave the example of a commuter leaving for work, who is given the option to open Google Maps or read something on their journey using Play Books.

Later this autumn, Google will roll out Slices, which delivers relevant information from an app when searched, such as a taxi app giving prices and journey times.

Navigation has also been tweaked and users can now swipe up to view recently opened apps and read full screen previews by scrolling sideways.

Other minor changes are an improved method of taking screenshots, which Google said removes the Vulcan death grip requirements of old, and better ways of changing volume and managing notifications.

Google is also moving to make a user aware of how much time they spend on their devices through a new dashboard and Digital Wellbeing features, which will launch later this year.

An App Timer sets limits on how often an app can be used, Do Not Disturb has been updated to switch off all visual notifications and a Wind Down feature switches on Night Light, Do Not Disturb and changes the colours to greyscale before a user goes to bed.