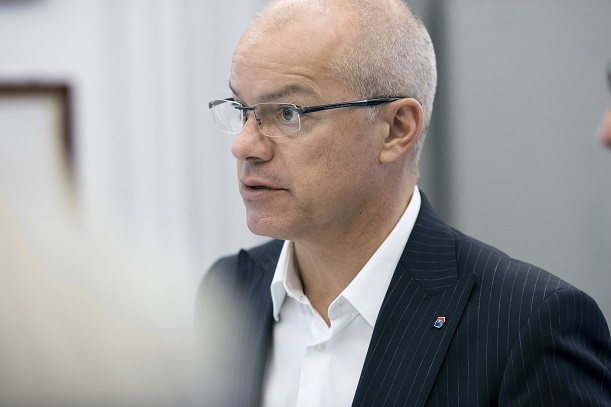 Swisscom CTO Heinz Herren is stepping down from his position after 17 years at the company, with the CEO of a digitisation software engineering company set to replace him.

Christoph Aeschlimann will join the operator on 1 February 2019 to head up its IT, Network and Infrastructure and Group division as CTO and CIO.

Herren will oversee the transition and then reduce his working hours to 60 percent, focusing on strategic projects within Swisscom under the aegis of CEO Urs Schaeppi. He will also focus on ventures outside of Swisscom.

Herren joined the operator in 2001 as Head of Marketing at its former fixed line Fixnet department. After heading up the SME division at local and Group level, he was appointed CTO in January 2014.

Under Herren's leadership, Swisscom established itself as one of Europe's fastest moving operators in the shift to 5G, with plans to launch a 5G ready network by the end of this year and recently experimenting with fixed wireless access.

Schaeppi said: "Heinz Herren has laid the foundations for Swisscom’s good positioning in the SME sector. In recent years he and his team have ensured that Swisscom’s customers have access to Switzerland’s best mobile and fixed networks.

"Under his leadership, Swisscom has also developed innovative cloud and digitisation platforms that will form the basis for its success in an increasingly digitised world.

"His greatest concern has always been to secure Swisscom’s position as a technology leader, as he recently proved once again with the new 5G mobile technology.”

His replacement Aeschlimann was hailed by the operator as a "digitisation expert". He is CEO of software engineering company ERNI, which specialises in providing consultancy and engineering solutions for companies undergoing digitisation.

Schaeppi said: “Christoph Aeschlimann has not only extensive digitisation expertise and broad-based technical knowledge, but also a very comprehensive understanding of customer needs and the ability to anticipate market developments.”