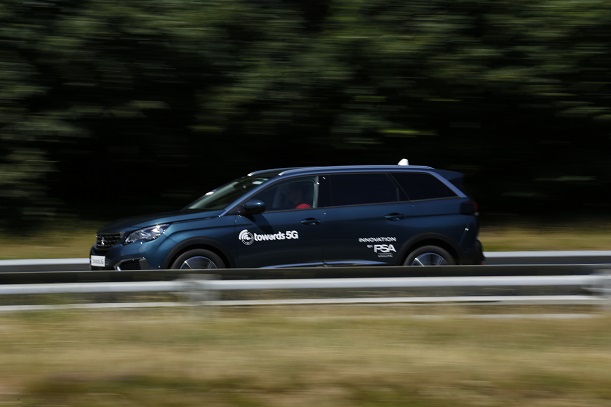 The 5G Automotive Association (5GAA) used technology from Qualcomm and sensor company Savari in partnership with BMW, Ford and Groupe PSA in the Paris demo.

Passenger cars, motorcyles and roadside infrastructure were able to use the technology to communicate with one another. The technology was used in various test conditions, such as warning vehicles of imminent collisions at a junction, a vehicle switching lanes suddenly or the presence of a vulnerable pedestrians.

The 5GAA claimed the demonstrations showed how the technology, which will be commercially available from 2020, will improve road safety and traffic effiency. It said other benefits included forward compatibility with 5G, and superior performance and cost effectiveness when compared to other kinds of V2X technology.

The expectation is that the cellular modems powering C-V2X will also support telematics, eCall, infotainment and relevant contextual information.

Work is underway in trialling the technology in France, Germany, China, Korea, Japan and the United States.

Christoph Voigt, Chairman of 5GAA, said: “This demonstration builds on the successful C-V2X showcase we organised with our members Audi, Ford and Qualcomm in Washington DC in April.

“We are excited to witness the growing momentum behind this life-saving technology and to see our members working together to deploy C-V2X, and to make it hit the road as soon as possible.”

Enrico Salvatori, SVP and President at Qualcomm EMEA, said: “This demonstration of interoperability between multiple automakers is not only another milestone achieved towards C-V2X deployment but also further validates the commercial viability and global compatibility of C-V2X direct communications for connected vehicles."