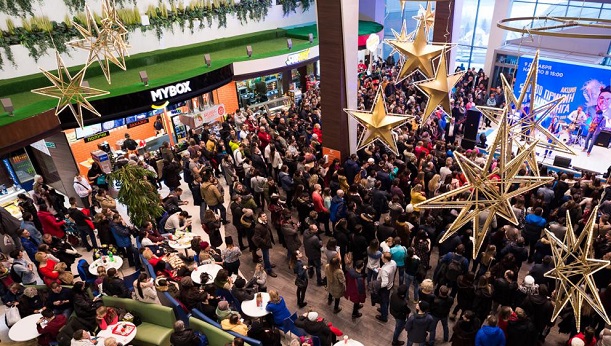 The Russian operator worked with Ericsson and Qualcomm on the setting up the network in a shopping centre in Ufa, in the Republic of Bashkortostan, over 1,000 kilometres east of Moscow.

MTS said LAA technology would be used in future 5G networks to increase data throughput as well as capacity.

Andrey Ushatsky, Vice President, Technology and IT, MTS, said: "This technology is an important milestone on the way to 5G as it will be used in next-generation networks to instantly download “heavy” files, Ultra HD video, VR and AR services, and cloud-based video games. In addition, LAA will allow us to build gigabit networks quickly and cost-effectively in places with active traffic consumption, where operators do not always have enough available frequencies in the licensed spectrum.”

[Read more: MTS CTO: our network is ready for World Cup kick-off, but 5G is not set for starring role]

Yulia Klebanova, Vice President of Business Development, Qualcomm Europe, added: "We expect that with gradual LAA deployment across Russia and more LAA-supporting devices available in retail stores, a higher number of MTS subscribers will get access to higher connection speeds.”

MTS worked with Ericsson and Qualcomm in trialling LAA last year. The Russian operator is in the midst of a €400 million network upgrade project, also with Ericsson, focussing on rolling out LTE-M, NB-IoT and 5G ready infrastructure.