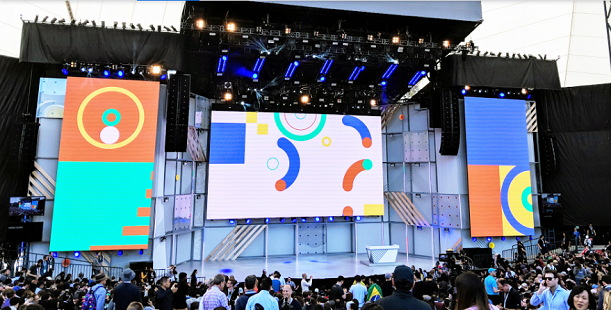 Google's virtual Assistant is taking its name increasingly seriously with a new feature allowing it to make calls on a user's behalf.

In two examples given by the company at its annual I/O Developers Conference, haircut appointments and restaurant reservations were made by a lifelike voice that was able to respond to questions to the fly.

The search giant stressed that the artificial intelligence powered Duplex function, which will begin testing this summer, will only be used for specific tasks.

Yaniv Leviathan, Principal Engineer and Yossi Matias, Vice President, Engineering, Google, said: "The Google Duplex technology is built to sound natural, to make the conversation experience comfortable. It’s important to us that users and businesses have a good experience with this service, and transparency is a key part of that.

"We want to be clear about the intent of the call so businesses understand the context. We’ll be experimenting with the right approach over the coming months."

The feature shows the increasing importance of AI within Google's business. Its I/O event showcased a range of new functions to the various Google products, such as Smart Compose for GMail, which uses AI to help with the writing of emails from scratch.

Google Photos will now recommend edits for pictures as a user browses their library, while Google Lens, which gives consumers the ability to visually search more detail about what they are looking at through a smartphone's camera and first announced last year, will be rolled out to more Android devices.

Google Assistant is being tweaked further with the ability to handle multiple questions at the same time and continue conversation with a user. It will also be able to get information, play music and podcasts and send text messages while a user is driving but without leaving the navigation screen.

The voice-activated assistant is available on more than 500 million devices, works on more than 5,000 smart home products and runs in cars from more than 40 brands.

Elsewhere during the event, Google also revealed detail about its forthcoming Android P OS update. It will offer adaptive battery and brightness, tweaking the settings according to which apps are used the most and need more power, and a user's surroundings respectively.

App Actions will give suggestions about what a user wants to do next based on their activity. The example given was the offer to open Spotify once a user's headphones were connected to a handset.

Slices will give curtailed information from certain apps without opening them. For example, a search for a taxi app will give a quick fare estimate and the time it will take to make the trip to work.

Google has also streamlined the navigation between apps and launched a machine learning kit for developers to build image and text recognition into their products.

No official launch date was given but the OS update has been made available in beta to devices from the likes of Nokia, Sony and Xiaomi.

"It’s clear that technology can be a positive force and improve the quality of life for billions of people around the world. But it’s equally clear that we can’t just be wide-eyed about what we create.

"There are very real and important questions being raised about the impact of technology and the role it will play in our lives. We know the path ahead needs to be navigated carefully and deliberately—and we feel a deep sense of responsibility to get this right."

Geoff Blaber, Vice President Research, CCS Insight, said: "Google I/O shines a light on the huge diversity of opportunities Google is addressing. Where mobile was once the platform for Google's development and growth, artificial intelligence is now the basis that underpins the full spectrum of Google's endeavours."

He added: "Democratising artificial intelligence is a common theme at 2018 developer conferences and a vitally important focus.

"Machine learning is highly complex so the opportunity is huge for those that can take it beyond a data science niche to the millions of software developers already focused on their platforms."