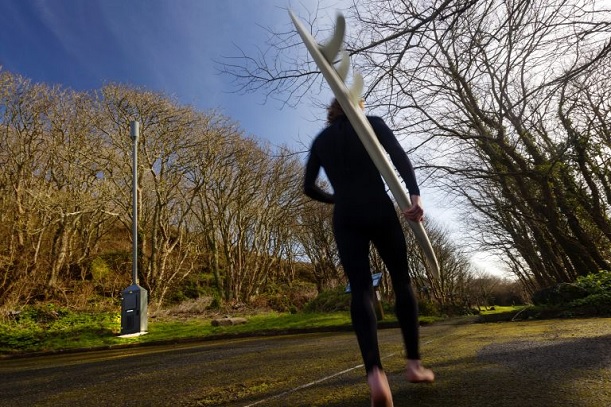 Vodafone has tested a new “mini-mast” in the UK which will allow it to extend coverage while minimising the visual impact of its network.

Developed in partnership with infrastructure provider CommScope, the mast stands at only eight metres high, around half the height of the shortest standard mast.

At about six months, its installation time is also roughly a third of that of normal equipment.

The mast is designed to be installed in rural hotels, leisure and retail parks and tourist attractions. Vodafone said it can be painted to blend with natural environments.

The trial in the village of Porthcurno in Cornwall showed it offering speeds of over 200MBps as well as what Vodafone said was a strong voice signal.

Vodafone UK CTO Scott Petty said: “We’re working hard to connect customers across the UK and our new mini mast will help provide 4G in places where other networks struggle to reach, while minimising the visual and environmental impact.

“It forms part of our major investment in our network and services to provide our customers reliable coverage where they live, work and travel.”

Vodafone has been undertaking a multi-billion investment in its network over several years to improve performance.

December saw Vodafone carry out the UK’s first trial of standalone pre-standard 5G. The operator demonstrated a connection in the 3.5GHz band in a demo with Ericsson and King’s College London. Previous UK trials had demonstrated 5G connectivity working alongside 4G.

Vodafone has been installing Massive MIMO across its UK network since June.

Scott Petty took on the CTO role last month, vowing to make Vodafone a key enabler of [the] digital revolution.”