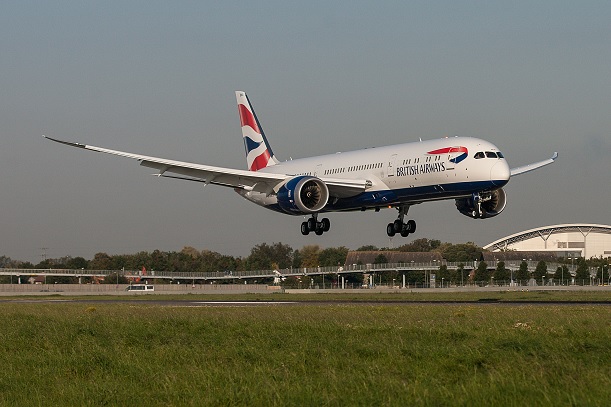 The European Aviation Network's delayed attempts to offer Wi-Fi connectivity to airline passengers will finally take flight by June after the completion of its ground network.

Deutsche Telekom and Nokia have installed 300 base stations across 30 European countries.

The newly completed terrestrial network uses a specialised antenna, built in conjunction with Nokia, which points at the sky rather than customers on the ground.

Working with connectivity from Inmarsat’s EAN satellite, launched back in June 2017, it provides a connection with speeds of 75MBps and sub-100 ms latency to the aircraft which is used to offer a Wi-Fi service to passengers.

British Airways, part of the IAG Group, will be the first commercial customer. IAG has already begun installing the EAN equipment on its fleet.

The service had been set to launch last year with the service introduced to planes across IAG's companies. No reason was given at the time for the delay.

“Europe is the busiest airspace in the world,” he said, citing figures stating that the continent sees 22,500 flights per day or 500 million per year.

He said that the EAN fitted into Deutsche Telekom’s fixed mobile convergence plans, supplementing connectivity offered at home and on the move.

“The EAN project is a natural extension of our mission and latest example of our tech innovation, this time taking us to the skies,” he said.

“Bringing connectivity to the skies is a complex effort and we could only realise this through strategic collaboration with our European partners.”

Thorsten Robrecht, VP of Vertical Network Slices at Nokia, said: “EAN’s ground network had to meet technical prerequisites that are quite different from ‘normal’ LTE networks: it needs to work at speeds of up to 1,200 km/h, at heights of 10 km and requires large cells of up to 150 km.

“Our joint endeavour breaks the technological boundaries between ground and air on connectivity.”

Deutsche Telekom and Inmarsat worked with Cobham, Thales and Nokia on a trial of the EAN back in October, which provided connectivity to a CESSNA 550 Citation II aircraft which flew approximately 5,000km across Germany, Belgium, France and Spain.