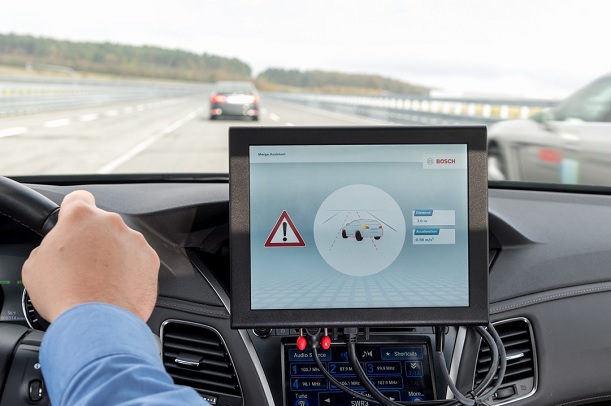 Vodafone Germany has partnered with Huawei and electronics maker Bosch to build 4G-based connectivity into a driver assistance system.

The trial saw cellular vehicle to everything (C-V2X) connectivity integrated with a vehicle’s adaptive cruise control (ACC) system, which works to maintain a constant speed specified by a driver and a pre-set distance to the vehicle in front using radar.

The 3GPP-standardised technology, which allows a car to connect not only to the network but also directly to objects in its line of sight, can extend the detection range of an ACC system by connecting it to all vehicles within a radius of 300 metres.

Information about the movements of other cars can be fed into the ACC system before they are perceived by the driver or radar system, allowing it to automatically adjust its speed more quickly.

According to Guido Weissbrich, Director Network Performance Management at Vodafone, the technology will make driving more relaxing as well as more energy efficient. “Thanks to the foresight provided by C-V2X and ACC, in future vehicles will go with the flow, even in rush hour,” he wrote in a blog post.

Ericsson and Qualcomm announced earlier this month that they would test C-V2X in Japan. Working with Japanese operator NTT DOCOMO, they aim to demonstrate the range, reliability and latency of the technology. The trials will also try to show how C-V2X can work alongside the likes of LTE-A.

The 5G Automotive Association said in December that C-V2X could bring annual benefits to the European Union of up to €43 billion by 2035.