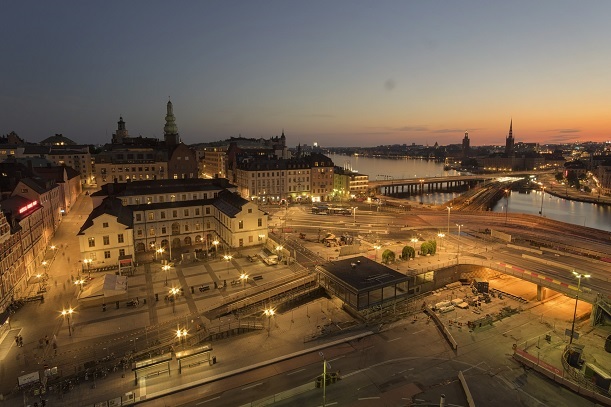 Telia has topped the latest assessment of Swedish mobile operator performance thanks to the strength of its data network.

The country’s largest mobile provider lead the latest annual benchmark report by mobile analytics firm P3, which scored the four Swedish MNOs for voice and data performance across cities, towns and roads in areas selected to be representative of the whole country.

Telia won the data category by a distance on the strength of its consistent performance across cities, towns and roads.

It also achieved a shared first place in voice, scoring highest in cities and towns but slightly lower than joint winner Tele2 on roads.

Tele2 made the biggest overall year-on-year improvement to follow Telia in second place, with P3 stressing the "huge efforts" it had made in improving its network over the past 12 months. Telenor was third overall and Tre sat in fourth place.

What marred Tele2's overall performance was data quality. It came third among Sweden's operators, largely due to a poorer performance in towns

Telenor scored second for data but its overall performance was dragged down significantly by its voice performance, which "distinctly" affected its score, said P3.

Call set-up times were to blame, as well as the fact Telenor's three rivals were rolling out VoLTE over their networks.

The country’s smallest operator, Tre, came last in cities, towns and roads in both voice and data. However, the report said Tre had shown “vast improvements” in its data performance year-on-year and is now close behind Telenor in terms of calls.

Overall, Telia, Tele2 and Telenor all achieved the top “very good” score, while Tre scored “good”. However, P3 noted Telenor as the only operator that did not improve its performance year-on-year.

The tests were conducted across areas containing over four million people, 42 percent of the country’s population. Data performance accounted for 60 percent of an operator's overall score. P3 awarded marks for download and upload speeds and success at completing downloads of web pages and YouTube videos. Voice tests, comprising the other 40 percent, focused on call setup time, call success ratio and speech quality.

Responding to the report, Telia Sweden’s CTO Mats Lundbäck said: “We are very proud of being the winner of the best network among the Swedish mobile operators for the second year in a row. Compared to last year results, which already were at a high level, we actually managed to improve the results even more in the 2017 benchmark. To have a network among the best operators internationally according to P3 is very exciting and rewarding.”

Samuel Skott, CEO of Tele2 Sweden, said: “Tele2 Sweden has an area coverage of 90 per cent and population coverage of 99.9 per cent. We are extremely proud of what our network enables for our customers every day.

"The result of the P3 measurement is a clear proof that our investments contribute to a more digital Sweden.

"However, we are not yet satisfied. Hence, we will continue to invest with the same strength in existing and future networks.”

Hakan Ekmen, Managing Director of P3 communications, said: “In 2018, over the top content services, technologies like carrier aggregation and Voice over LTE as well as crowdsourcing-based use cases will become more important. This will make the results even more exciting.”