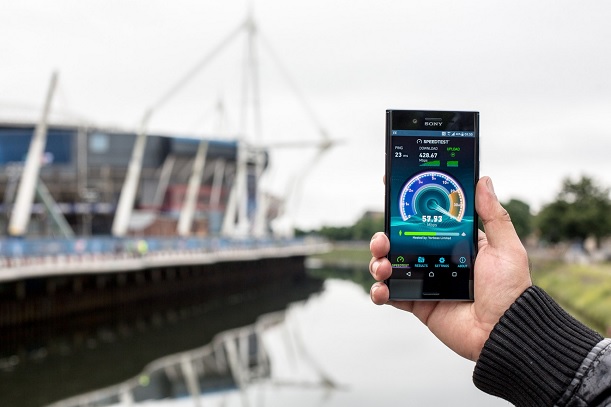 The BT-owned company is planning to upgrade more than 600 sites across London, Birmingham, Manchester, Edinburgh and Cardiff. Over the next six months, it will refarm 10MHz of its 2G holding at 1800MHz to complement 20MHz of 4G spectrum at 1800MHz and 35MHz at 2.6GHz.

It is also bringing the number of sites supporting Cat 9 devices, which offer download speeds of up to 400MBps, to more than 1,000, after launching the service last year.

Upload speeds are also being boosted for compatible handsets, up from the current maximum of 50MBps to 100MBps across more than 900 sites, most of which already offer Cat 9 download speeds.

EE has been investing in 4X4 MIMO as well as rolling out 256QAM to make its spectrum holding more efficient.

The announcement comes ahead of this week's launch of the latest iPhone, with expectations it could be compatible with Cat 12.

Marc Allera, EE CEO, said: “We keep investing in our network, and using our technology leadership to make sure customers are getting the most out of the latest smartphones.

"Customers need to be on 4G, getting the best out of their new devices with the highest quality phone calls and the fastest mobile data speeds. We’re converting 2G into 4G, because that’s what our customers need. So if you are choosing a new smartphone, the message is simple: there’s only one UK network that offers the best smartphone experience.”

The operator also revealed more than 300 million calls are being made per month on its 4G Calling service. More than five million customers are using the voice over LTE capability on their handsets.