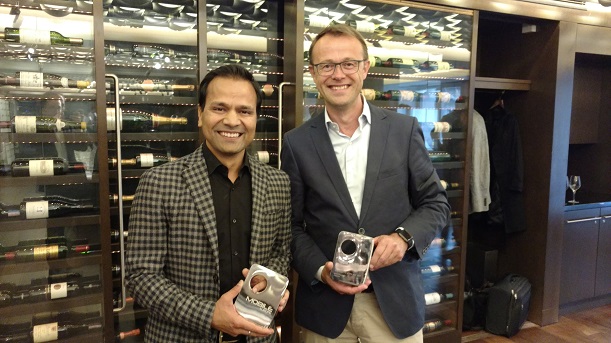 CTOs were judged according to their success in delivery of major projects, implementation and leadership in new technology, customer satisfaction and influence within the wider industry.

VEON's Malik impressed the independent judging panel with his commitment to network changing virtualisation projects, deploying virtualised Evolved Packet Core across five of its markets and using software and the cloud to digitalise the company's Business Support Systems.

VEON, which rebranded from Vimpelcom earlier this year, also launched a new digital platform under Malik's watch at this year's Mobile World Congress.

Proximus's Standaert was rewarded for his wide-ranging approach to telecoms innovation at the Belgian operator, which included work with small cells, pop-up networks and network virtualisation. Standaert was also a pioneer in the Internet of Things, committing the operator to the LoRa standard and launching a new platform for enterprises to build their own IoT solutions.

Both CTOs paid tribute to their teams in accepting their awards, saying it reflected the hard within their wider companies.

Accepting his award, Malik described the industry at a crossroads with some companies wishing to push forward into uncharted territory as pioneers and perfectionists wishing for others to make the first jump.

“I would like to be a pioneer,” Malik said, adding: "We should be proud. I don’t think we should, as technology people, be left [feeling] like everything is falling on us. We are the next generation, because technology will bring the next change."

When presented with his award, Standaert said a smaller operator has the same challenges as its larger counterparts, but fewer resources because of scale.

He said: "Sometimes being in the technical field is a thankless job. It can always go faster, it can go cheaper, it can be better on time."

He added: "That is the challenging part, but it is the exciting part. This [award] will only give more energy to the troops and motivate them to raise that bar higher, because that’s what we’re expected to do."

Graeme Neill, Editor of Mobile Europe, said: "Both Geert and Yogesh are great examples of what a CTO should be. They drive the technology agenda both within and without their companies, they are willing to take risks and learn from failure and they are public champions of the vital role telecoms plays within a society. Both are also highly committed to and proud of their teams.

"The standard of this year's entries created a headache for our judges, but it was the best possible kind. Geert and Yogesh were unanimously voted winners and I applaud both of their achievements."

The roundtable tackled the changing face of the industry, how operators need to grasp the issue of ensuring it employs the next generation of staff, the role of the operator within 5G and the Internet of Things and how the industry needs public assistance to realise universal coverage.

A write-up of the roundtable will appear in the next issue of Mobile Europe.