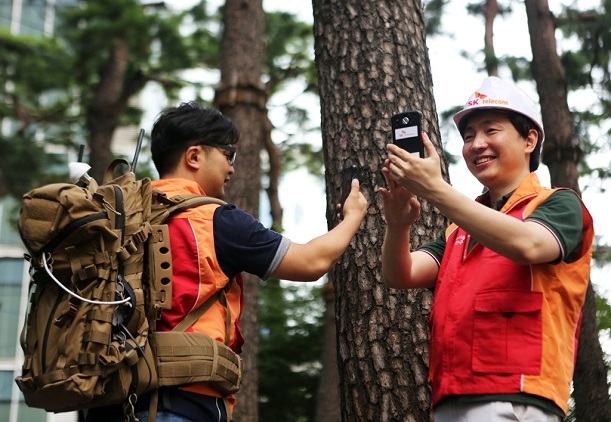 SK Telecom and Nokia have claimed to develop the world’s first portable all-in-one Public Safety-LTE (PS-LTE) network system for use by emergency services.

The system combines a base station, switching system and Push To Talk (PTT) technologies, and is compact enough to fit into a backpack, the pair said. It provides a portable independent communications network for public safety workers and emergency services.

To date, portable LTE systems have only included the base station element, and require a backhaul connection to allow wireless communications.

The core network element of the new system incorporates an Evolved Packet Core (EPC), Home Subscriber Server (HSS) and Policy and Charging Rules Function (PCRF), among other functions. SK Telecom and Nokia applied Network Functions Virtualisation (NFV) technologies to the core network and PTT elements to fit them into a small rectangular server.

The instant LTE network allows up to 400 users, and allow private LTE coverage of around five kilometres. Nokia said the system has a set-up time of less than three minutes.

SK Telecom will test the solution this year, it said, with a view to rolling it out in Korea for the national disaster safety wireless network, as well as for maritime LTE communications in 2017, it said.

Using carrier aggregation, Nokia combined 20MHz on the 1800MHz frequency band with 15MHz on the 800MHz band to improve throughput and spectral efficiency.

Alfa, owned by Orascom Telecom (OTMT), said three quarters of its subscriber base use data on its network, and the new LTE-A capabilities set it to push into the 5G and internet of things (IoT) landscape.

Marwan Hayek, chairman and CEO of Alfa, said: “With the unprecedented surge in data traffic over the Alfa network to 15,000TB per year, the deployment of 4G LTE-A across Lebanon will not only advance the quality of our 4G network but will also help us quickly move toward next-generation technologies like 5G, which is a top priority for us to maintain our technology innovation leadership.”