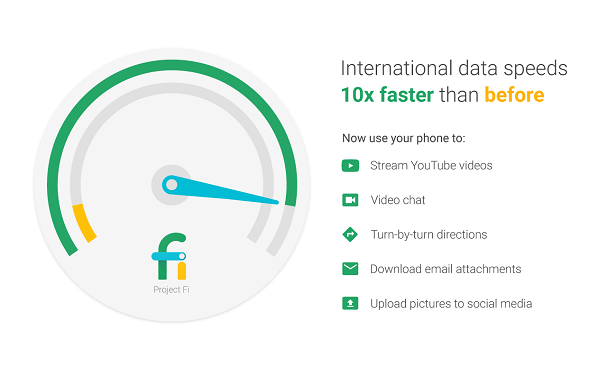 MVNO Project Fi has been extended globally, with Google signing a roaming partnership with Three Europe.

Project Fi, which launched in the United States last year and is limited to Google's own Nexus range of smartphones, is a data only MVNO that charges $10 per gigabyte of data.

It had been US only but Google has now extended connectivity to more than 135 countries worldwide. As well as Europe, Project Fi customers can use data in Japan, Mexico, China and Russia.

Google claimed this move means its customers have access to data in more than 97 percent of places that Americans travel.

In Europe, Three will be providing connectivity through Hue, the operator's global mobile enabling solutions provider. Google has not revealed its other global connectivity partners.

Hue was set up last year by CK Hutchison to partner with MVNOs wishing to operate in Three's markets across Europe and Asia.

Jarrod Nink, CEO of Hue, said: “Hue is delighted to have been chosen as one of the international connectivity partners supporting Project Fi.

“Three Group’s investment in robust networks and Hue’s ability to offer the latest LTE technology in an innovative and flexible way is the ideal match for Project Fi’s exciting wireless service.”

Project Fi launched in April 2015 with Google partnering with Sprint, US Cellular and T-Mobile US. Google said it is using technology that allows users to hop between cellular and Wi-Fi networks depending on which area offers best connectivity.