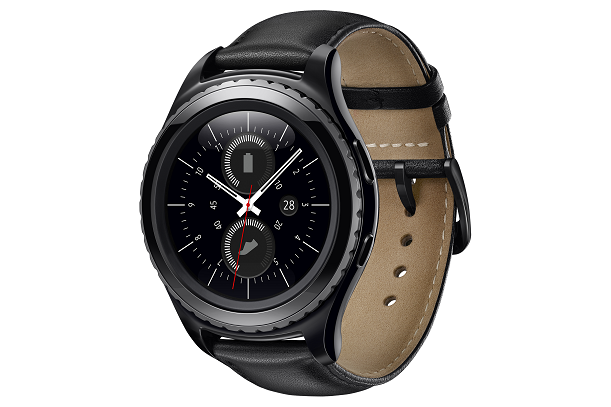 Samsung's Gear S2 classic 3G, the first smartwatch with the GSMA-backed e-SIM, has gone on sale in Europe, with exclusive deals in place in the UK and Switzerland.

O2 has already started selling the device in the United Kingdom, with Swisscom preparing for a 7 June launch date.

The smartwatch is connected to a 3G network, meaning it does not have to be tethered to a smartphone. Consumers can make and receive calls, send texts and listen to music.

Instead of having to fit a SIM card into the smartwatch, consumers download their own personal profile from the cloud and then they are connected to a mobile network. This profile can then be moved to a new device.

O2 is selling the smartwatch with its own allocation of minutes, texts and data. After paying £9.99 upfront, consumers get 100 minutes, unlimited texts and 100MB of data for £22 per month.

Swisscom said it wants to act as an operator pioneer for devices boasting eSIM technology, with more expected to be launched by the end of 2016.

Dirk Wierzbitzki, Head of Products and Marketing at Swisscom, said: "The eSIM is a crucial building block for the “Internet of Things”, because it makes small, autonomously networked devices and sensors possible.

"Smartwatches, wearables, cameras, fitness trackers, health or emergency sensors, e-bikes and many other devices no longer have to be equipped with a physical SIM card and remain constantly connected via the mobile phone network."

According to figures from Strategy Analytics, sales of e-SIM will surge from $100 million this year to $5.4 billion by 2022.