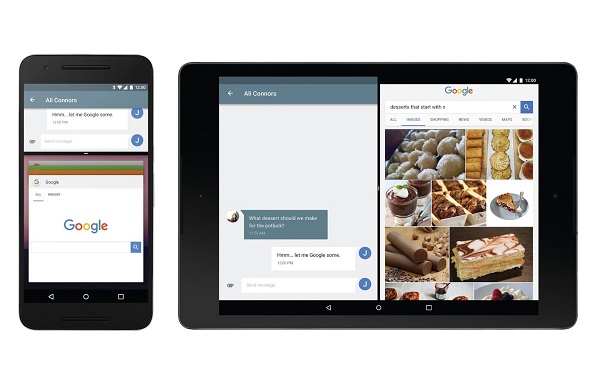 Google has lifted the lid on a new digital assistant, more messaging apps and the latest iteration of its Android OS as part of its annual I/O developer conference.

The Google Assistant is the latest service in an increasing crowded range of digital butlers, spanning Apple's Siri, Microsoft's Cortana, Amazon's Alexa and Google's own Now.

The Assistant aims to go one further than Now by offering a two way context specific conversation with a user across devices.

Google is prepping two products that will have the Assistant at their centre. The first is Google Home, a rival to Amazon's Echo product. It's a voice activated speaker that can play music, manage everyday tasks and run Google searches. It will be launched later this year.

Allo is Google's latest attempt to crack messaging, after its Messenger and Hangouts app. Assistant is built into the app, which allows users to interact with it while chatting.

Google said this will keep users within the app, allowing them to book a table or check information without leaving Allo.

It also has an Incognito mode that features end to end encryption and discreet notifications.

Duo is Google's video calling app for Android and iOS. Google said it has optimised the app to adjust video quality in poor quality networks, ensuring video calls are still able to be made. Calls are also encrypted.

Allo and Duo will be released later in the summer.

Google has also introduced Instant Apps, which enables users to access a native Android app without the need to download it through its Play Store.

Android Wear has also been updated with 2.0 of the OS updating the user experience and introducing standalone apps on the watch.

Google also floated Daydream, its new VR platform. It said further details about the platform will be revealed this autumn but said it is working with Android device manufacturers to develop a VR viewer and controller.

Google CEO Sundar Pichai said: "Much has changed since our first developer event 10 years ago, and even more since Google started 17 years ago. Back then, there were 300 million people online, connecting through desktop machines; today that number is over 3 billion, with the majority using mobile devices as their primary way to get information, organize their day, get from point A to point B, and stay in touch.

"In a world in which the mobile phone has become the remote control for our daily lives, Google’s mission “to organize the world’s information and make it universally accessible and useful” is truer and more important than ever before."