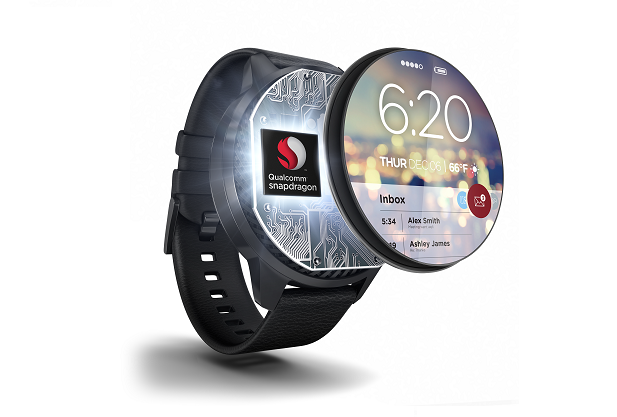 Qualcomm has launched its first dedicated platform and chipset for wearable technology, as it aims to make devices thinner and with a longer battery life.

The platform and the Snapdragon Wear 2100 system on chip (SoC) will replace Qualcomm's Snapdragon 400 processor, which was made for smartphones but was also used in wearable devices.

The Wear 2100 is 30 percent smaller than the Snapdragon 400, meaning manufacturers can make thinner devices. It uses a quarter less power than the 400 across both tethered use through Bluetooth and Wi-Fi or connected to a cellular network.

The SoC has integrated and "ultra low-power" sensors, which Qualcomm said would enable richer and more accurate algorithims.

According to figures from the US-based vendor, its tech is used in 65 wearables across 30 countries. A further 50 devices featuring its chipsets are expected to be launched by the end of 2016.

"These benefits are expected to have widespread appeal across the mobile, fashion and sports ecosystems in the wearables space.”

Chris Penrose, Senior Vice President, Internet of Things, AT&T Mobility, added: “Wearables have captured the public’s imagination, but a lack of connectivity can lead to frustration. With Snapdragon Wear’s new platform, it’s clear that AT&T and Qualcomm Technologies share a vision for independently connected wearables that create a seamless experience for those who wear them."