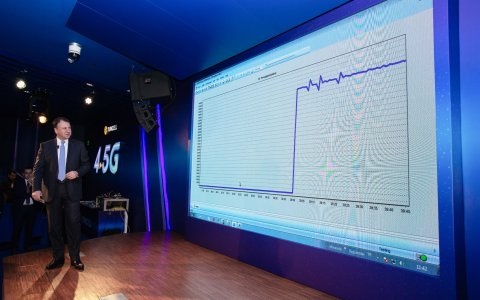 Turkcell has demonstrated speeds of 1.2GBps by aggregating five carriers in a test with Huawei, as the Turkish market moves closer to launching 4G services.

The operator is planning to leap straight to LTE-Advanced services when it launches its network on 1 April. Three carrier aggregation will be used to power networks offering speeds of up to 375MBps. It is aiming to increase that to more than 1GBps by the end of this year.

Ilker Kuruoz, Turkcell’s CTO, said: “With the 4.5G auction, we had set the bar high in terms of offering the fastest mobile broadband internet. We had announced that we would not only offer the country’s fastest 4.5G upon roll-out on April 1st, but also go beyond that in order to match the current fiber experience on mobile. With this speed demo, we are not only pushing the limits of 4.5G but also taking a major step towards 5G experience in terms of reaching speeds that exceed 1 Gbps.”

Turkcell said it expects the first smartphones that can support five carrier aggregation will be available by the middle of next year.