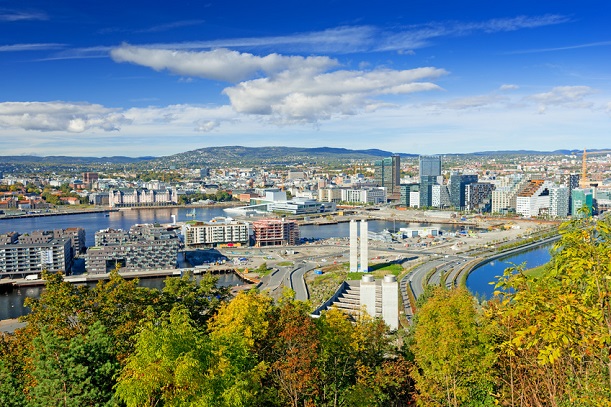 NetCom has hit speeds of 1GBps on its live network through quad-carrier aggregation, the Teliasonera Norway subsidiary has said.

The operator aggregated spectrum on its 800MHz, 1800MHz, 2.1GHz and 2.6GHz holdings on a network it described as "LTE Advanced Pro". NetCom said the demonstration, which was held today in Oslo was an "important step" towards 5G networks.

NetCom's existing LTE network offers speeds of up to 80MBps and covers 95 percent of Norway's population. Its LTE-Advanced network is available to more than 1.5 million Norwegians, offering speeds of up to 300MBps.

Jon Christian Hillestad, CTO of TeliaSonera Norway, said: "This is an important step towards 5G, which lies a few years ahead. We do not know exactly which speeds the future will require, but we know that the digitisation era, where the Internet of Things will continuously grow, will demand much higher speeds. The future will require bandwidth, high speed and no delay in transfers. We are preparing for that reality with the LTE Advanced Pro."

The demo coincided with the sixth anniversary of NetCom's LTE network going live. The TeliaSonera unit was the world's first operator to launch 4G in 2009.

Abraham Foss, CEO of TeliaSonera Norway, said: "Today we have shown the future of mobile networks and a taste of what we can expect on our way to 5G.

"NetCom has always been a pioneer. We will always challenge, be innovative and stay ahead of development, and we will be an important driver for digitizing Norway and the society around us. As a company, we want to learn new things in order to give customers access to new technology. We want to create a digital democracy where our customers are able to have the world in their hands, at all times."