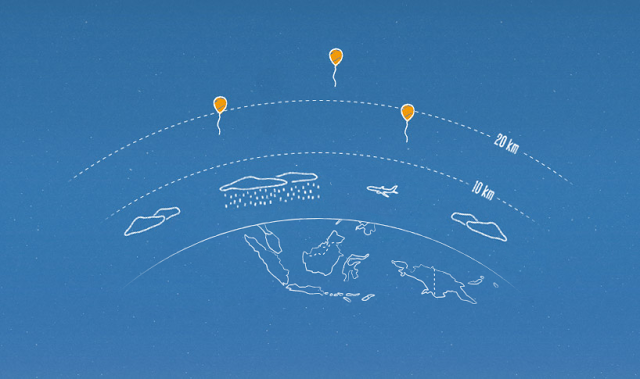 Alphabet's Project Loon service will launch in Indonesia next year, with the aim of bringing 100 million citizens LTE connectivity in the coming years.

Tests will take place between Project Loon and the country's three operators, Indosat, Telkomsel, and XL Axiata. It will use balloons flying approximately 20 kilometres above the ground to beam a mobile broadband connection to Indonesians.

Mike Cassidy, Vice President, Project Loon, said the project was a way of bringing connectivity to a geographically complex country. He said only one in three has internet access and the country's diverse topography of jungles, mountains and more than 17,000 islands leave it difficult to connect via conventional cell towers and fibre backhaul.

Cassidy said: "Loon balloons act like floating cell phone towers in the sky. Flying on the winds at altitudes twice as high as commercial planes, each one beams a connection down to the ground; as one balloon drifts out of range, another moves in to take its place.

"We hope this could help local operators extend the coverage of their existing networks, and reach further into rural and remote areas."

The company is also looking at drones as a means of connecting remote areas, with rival Facebook exploring the tech for the same purpose, as well as using satellites.

Before Loon hits Indonesia, it will be launched in Sri Lanka in the coming months.