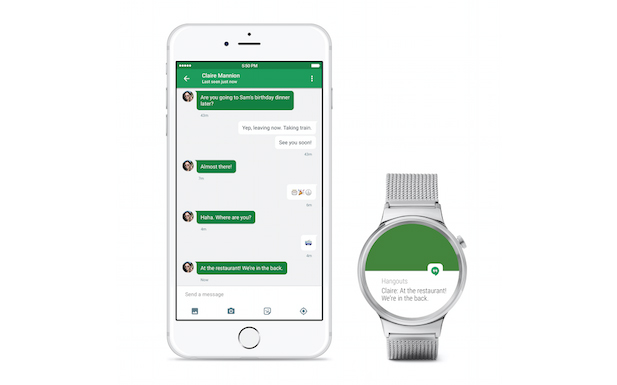 Google has started rolling out Android Wear for iOS, meaning Apple users will soon be able to use Google-based wearables with their iPhones.

The software allows users with an iPhone 5, 5c, 5s, 6 or 6 Plus running iOS version 8.2 and above to pair their device with compatible Android Wear-based smartwatches.

Android Wear, introduced last year, allows users to check and perform a choice range of smartphone functions from their wrist, such as calls, messages and app notifications.

Android Wear for iOS is now compatible with the LG G Watch Urbane, Google said. The company revealed that all future smartwatches from Huawei, Asus and Motorola will support iOS.

The move has been seen as a means of winning over iOS users who wish to buy into the smartwatch market, but have been put off by the high price tag of the Apple Watch.

Despite its asking price, which can set users back up to €9000, a recent report from IDC put Apple Watch at the number two spot on the global wearables shipment charts.

According to the research firm’s findings, Cupertino shifted 3.6 million units in the three months to June and was credited for helping push total wearable shipments for the period up more than 200 percent.