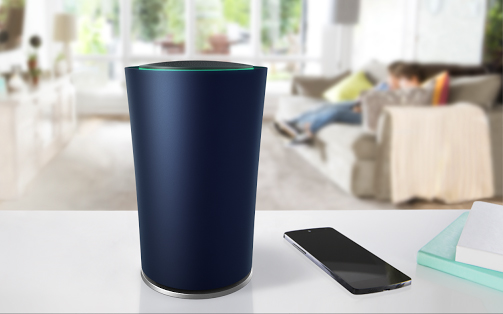 Google has furthered its march into consumers’ homes after launching its own router, which it claims offers better performance and is easier to manage than traditional devices.

OnHub is a cylindrical device that features 13 internal antennas supporting both 2.5GHz and 5GHz Wi-Fi that offer automatic channel switching in order to maintain peak performance. Users can prioritise certain devices to ensure they receive the best performance, Google said.

OnHub is also Bluetooth 4.0 compatible and features support for the ZigBee and Thread wireless protocols, in addition to its own Weave standard, which Google said would make it easier to connect new smart devices brought into the home.

OnHub’s firmware automatically updates in the background, with device management done via an accompanying smartphone app. From the app, users can monitor how much bandwidth devices connected are using, run network checks and troubleshoot issues.

It has been created in partnership with Chinese manufacturer TP-Link.

Google said it plans to release further OnHub devices with other hardware partners in the future, including a collaboration with Asus later this year.

The router is now available for pre-order in the US, sporting a price tag of $199.99 - roughly €180. The device will reach Canada, but Google has given no word on whether OnHub will reach global markets.

Google said in a blog post: “While we count on Wi-Fi more than ever to be entertained, productive, and stay connected, we’re streaming and sharing in new ways our old routers were never built to handle.

“With our partner TP-LINK, we’re launching OnHub, a different kind of router for a new way to Wi-Fi. Instead of headaches and spotty connections, OnHub gives you Wi-Fi that’s fast, secure, and easy to use.”

Google’s next Android OS will be nicknamed Marshmallow, the company revealed this week.