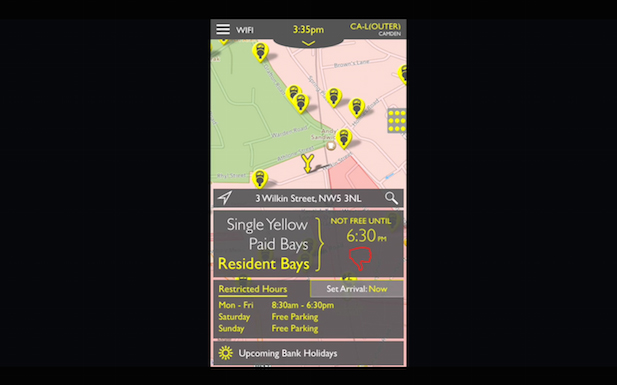 Vodafone’s vehicle diagnostic technology has been used in a smart parking trial in London.

AppyParking, an app developed by a company of the same name, uses APIs from drivexone, Vodafone’s “aftermarket connected car system”.

Drivexone consists of a dongle that can be plugged into a vehicle’s on-board computer to provide drivers with information such as engine status and driving performance.

Using data from sensors installed in parking bays by the council, drivexone enabled the app to show drivers where spaces were available in real time.

Once parked, drivers were able to begin their parking session within AppyParking.

At the end the session when the vehicles moved away, drivexone was able to alert the app so that it automatically ended the parking session and generated a bill, sent to drivers via email. As a result, drivers were only charged for the actual time parked, Vodafone said.

Americo Lenza, Head Vodafone’s Xone innovation lab, commented: “In essence, drivexone turns any car into a sensor and will provide drivers with a range of diagnostic data about their journeys as well as enabling innovative applications like this one.

“It’s great to see drivexone used for this innovative trial which shows the potential to improve the parking experience for both consumers and businesses.”

Drivexone is currently available in Italy, Spain and Germany and is expected to go on sale in the UK this year. A spokesperson told Mobile Europe that Vodafone Xone is now working with AppyParking to see how both products can be rolled out nationally.

Last month, China Unicom and Huawei set up a smart parking network in Shanghai, allowing drivers to search for empty spaces via an app.