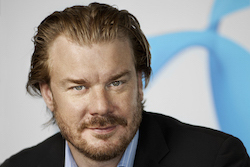 Telenor Norway is focusing on Voice over LTE (VoLTE) and new data-centric service offerings after announcing plans to switch off its 2G and 3G networks within the next 10 years.

Speaking at Telenor’s analyst and investors day, regional CTO Magnus Zetterberg revealed the operator’s intention to shut down its 3G network in Norway by 2020, followed by its 2G service in 2025, in order to develop its rapidly-growing 4G base.

Zetterberg identified VoLTE as a key focus area for the operator, claiming the service would greatly enhance the network’s core service offering and provide a basis upon which Telenor Norway could implement Rich Communications Services.

He added 4G alone would allow Telenor Norway to effectively cater for a surge in data usage, which the operator claimed grew by 116 percent between Q1 2014 and Q1 2015 on a median basis.

Zetterberg said: “We have been very forward-leaning when we come to 4G. Sixty percent of the mobile data traffic is now 4G data traffic. That means that the amount of mobile data from 2G and 3G has been overtaken in a very short amount of time.

“VoLTE will complete the transition form a voice-centric to a data-centric model, and that of course means that we can start to dismantle the legacy core networks we have.”

Telenor said it is planning for “significant” 4G network expansion between now and 2017, when it aims cover 99 percent of Norway’s population and 82 percent of the country’s land mass.

“One thing that has been a challenge for this industry has been indoor coverage. This challenge has been physical - radio waves and the way they spread - but it’s also been about the cost of deploying indoor coverage in-house.

“We strongly believe in 4G and VoLTE, and we hope that [VoWiFi] can enable us to deliver our services over already existing infrastructure. That will crack the nut of indoor coverage in a way that we haven’t seen before.

“With that, the all data-centric transition will be complete.”