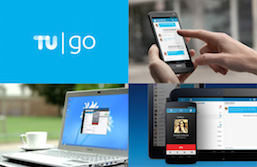 Telefónica and Orange have introduced new features for their in-house communications apps to help bring web-based functionalities to mobile customers.

Spain-based Telefónica has revealed that its messaging app, Tu Go, has been integrated with Web RTC to bring compatibility to web browsers.

Telefónica said that customers in the UK and Argentina can now access Tu Go directly from compatible browsers, allowing them to access cross-device calling and messaging functionality online.

Users are able to view, manage and place calls and texts through their browser via Tu Go, Telefónica said, as well as carry off conversations from browser to other devices and vice versa.

According to the operator, it is the first time a browser-based calling product has been launched using Web RTC, an open API supporting browser-to-browser applications.

Jorge Pozuelo, TU Go Director of Products at Telefónica, said: “By taking the lead and putting TU Go directly into the browser we are simplifying cross-device connectivity even further for our customers helping them to stay connected regardless of where they are or what they are doing.”

Telefónica said the application is currently optimised for Chrome and Firefox, but added that compatibility would shortly be coming to other browsers.

Meanwhile, Orange revealed a new feature for its Libon app allowing customers to send and receive calls over a Wi-Fi connection.

The new “Reach Me” function allows VoWi-Fi when customers move outside of Orange’s mobile network range, as well as allowing free calls between Libon users.

Head of Libon Dominic Lobo said: “Having established a firm following for Libon as a great app for making calls, we wanted to add a new dimension that will give our customers an outstanding experience when receiving their calls through Libon too.

“We are delivering this feature in direct response to feedback from customers who want to be able to receive and place calls via their mobile even when they are out of range of their mobile network.”