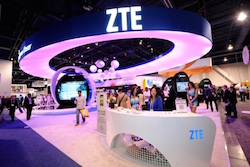 The vendor said it achieved peak data rates over three times higher than traditional base stations during a field test of its multi-user/ multi-stream multiplexing technology and massive MIMO base station.

ZTE also claimed average throughout during the trial was “at least” five times higher than conventional systems. The speeds were observed on 4G-enabled handsets.

The technology is said to create a “5G-like” experience by vastly accelerating data throughput.

ZTE’s base station comprises of 128 antennas and the company’s own baseband processor chipset. The vendor said the unit required only a third of the installation space needed for traditional base stations, coming at a lower operational cost.

“ZTE successfully overcame the challenge of doing multi-user and multi-stream spatial multiplexing in a scattered-signal environment, clearing the main hurdle in the development of massive MIMO technology.”