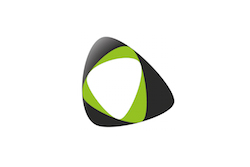 Pierre will serve a one year term at the helm of the organisation's board, after being elected by members representing the likes of Giesecke & Devrient, Morpho, Oberthur Technologies, ST Incard and VALID.

He has served as the full-time general secretary of the organisation since 2006 and was recently appointed Embedded Software & Products (E&P) Senior Director, Strategy at Gemalto. He will replace Frédéric Vasnier as the company's representative on the board.

His appointment comes at a pivotal time for the provision of secure mobile services. SIMalliance advocates the secure element of the SIM being used to verify the likes of NFC contactless payments.

While Apple finally entered the world of mobile payments, after years of speculation, it has built the secure element storing a customer's card information into the iPhone 6 itself, rather than using a SIM. The rise of Host Card Emulation, where payment details are stored on the cloud, is also seen as another threat to the more traditional SIM-based payment storage.

Among the more recent launches of a SIM-based payments service is Vodafone bringing the NFC-enabled SmartPass to the UK, and Telenor launching Valyou.

Pierre said: “It is a privilege to become SIMalliance Chairman at such a significant time for the SE industry. In the past twelve months, there have been many developments which signal strong future growth opportunities for hardware-based security solutions. The most prominent of these include the continued global growth in personal device connectivity and the rapid advance of NFC, which has brought it closer to mass market deployment than ever.

“With NFC mobile payments and multiple other NFC services now up and running in many regions across the world, there is widespread industry recognition – reaffirmed by recent high profile deployments - that the SE plays an essential role in ensuring their security. The increasing likelihood that complementary technologies such as HCE and hardware SEs will co-exist is impelling and while NFC is only one area of focus for SIMalliance, I look forward to the organisation playing an active role in driving this market forward.”

Apple Pay and HCE could prompt operators to withdraw from NFC