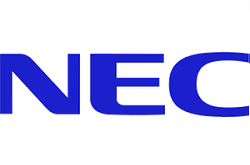 NEC is developing a smart waste collection solution for Santander, Spain, which will use M2M sensors and GPS.

The vendor has partnered with waste management company ASCAN to track real-time data from rubbish and recycling bins. The M2M sensors record how much rubbish is held in a bin. The information is then sent back to the control centre through data collectors, repeaters and the mobile network.

Application software and GPS on rubbish collection vehicles will send the most efficient routes for the trucks to take. The vehicles will also be fitted with environmental sensors to measure carbon monoxide and nitrogen dioxide emissions, which will be used to dictate the city's green policies.

Citizens of Santander and the city's waste management workers will also be able to report flytipping sites through a 'Cuida Santander' app.

NEC also has a Cloud City Operations Centre platform that can monitor a wide range of data gathered from across a city, such as traffic and temperature levels.

Spain has emerged as one of the battlegrounds of smart cities and the Internet of Things, as operators and vendors look to test the latest technology.

Last month, Sigfox launched a connected security project and in May, Telefónica announced it was deploying 350 sensors as part of a smart cities project in Valencia to manage municipal services such as traffic, street lighting and waste management.

Cisco to set up smart cities centre in Barcelona